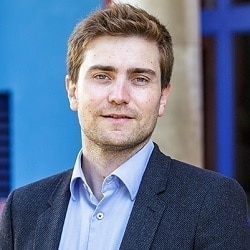 Roulet: Firms with highly unequal equity pay do not trend toward salaried partnerships

Big law firms are more likely to introduce salaried partnership status if they have large numbers of women lawyers – but research found no evidence that this is used to discriminate against them.

Against their expectations, the academics at Cambridge Judge Business School also found that ‘compensation disparity’, or a large gap in earnings between equity partners, was not a factor leading to more salaried partners.

“Such practice offers a number of strategic and instrumental advantages to the firms adopting it by allowing them to increase leverage and often profits. Law firms can also frame the practice as fitting with different life choices.

“In this sense, the new practice is accepted and spreading, thus signalling not only institutionalisation, but also diffusion, through its adoption.”

The academics said greater gender diversity in law firms shifted firms towards salaried partnership structures, explaining that “diversity within organisations makes them more likely to adopt new practices because of the variety of contexts and backgrounds of their employees”.

There was a danger, they acknowledged, that law firms may also use non-equity partnership “strategically” to maintain the status quo with regards to diversity.

But this was not a feature of the research results. Saying that the introduction of salaried partnership status was driven by diversity in the “contexts and backgrounds” of employees, the study said: “The counter-argument concerning the use of non-equity partnership as a tool to discriminate against minority is invalidated.”

Up or Aside? Micro-foundations of Institutional Change in the Career Structure of UK Elite Law Firms is the work of Thomas Roulet and Lionel Paolella, lecturers at Cambridge Judge Business School, together with Claudia Gabbioneta from Newcastle University and Daniel Muzio from York University.

They looked at eight practice areas at the top 100 firms from 2002 to 2016, and found that profit per equity partner was “negatively associated” with a higher proportion of salaried partners.

The academics commented: “Profitable firms conform to the dominant existing practice, as they do not need to adapt for survival.”

Dr Roulet said their hypothesis was that both compensation disparity and non-equity partnership were markers of inequality and that they would come together.

“But what we found is that highly unequal firms in terms of compensation do not trend toward non-equity partnerships.”

However, the researchers found that the “average reputation of lawyers with an organisation” did have a negative impact on the proportion of salaried partners (they used the Chambers directory as part of their work).

“This can be due to the fact that the existing practice of equity partner is seen as a positive asset that contributed to the higher reputation of its partners, thus making it likely to be maintained.”