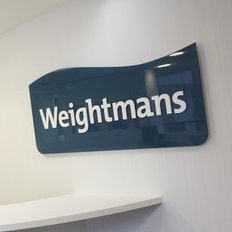 Weightmans: Acted by the book

A long-serving facilities assistant at a national law firm who rowed with a colleague and had an “unacceptable” level of personal internet use has lost an unfair dismissal challenge.

An employment tribunal heard that 117 pages of data produced by Weightmans showed “consistently high” personal use by Ms T Hall on “most working days” in October 2018, with “hundreds of entries” including shopping websites Debenhams, Shoeaholics, Easyjet and Ryan Air.

It was alleged that Ms Hall “lost her temper” with the colleague in November 2018 and had used the words “twat” and “disgusting”, although the exact wording was unclear because the colleague’s English was not good enough to understand them.

Evidence given by a long-serving concierge at the firm, corroborated by another concierge, described the colleague as coming out of an office looking “visibly agitated and upset” after Ms Hall had said “bad words to her which she did not understand”.

In a further incident, which the partner regarded as deserving a final written warning rather than summary dismissal, it was alleged that Ms Hall had brought her adult daughter, a former Weightmans employee, and her two young grandchildren to the office in October 2018.

Ms Hall had “shared lunch with them in Arthur’s, a staff social area, before leaving them unaccompanied”, and later left them in the client suite where she worked.

“It was considered that the two young children were at risk because of the automatic sliding doors and lack of direct adult supervision, a toddler having been seen crawling towards the doors, and an older child standing in the doorway.”

Judge Warren said it was “unfortunate” that CCTV of the incident was “deleted/corrupted or lost”, but in any case the penalty for that allegation had been reduced to a final written warning.

The employment tribunal heard that Ms Hall, who had worked for the law firm since 1995 and had a clear disciplinary record, was initially called to an investigatory meeting at the end of October 2018 after the incident with the grandchildren.

Ms Hall claimed she had been “working on her computer” when her family was in the office, but having examined her internet search history, the law firm discovered she had been “online, but not for work purposes” at that time and for 1.25 hours earlier in the day when she was on duty.

Further investigation of her web use during the whole month of October revealed a “consistently high usage for non-work-related searches across most working days” at a level the firm considered unacceptable.

Judge Warren said Ms Hall later told the tribunal she had been a “good friend” of the colleague she quarrelled with in November, and had been searching internet sites on her behalf – although she only made this claim at the tribunal and not during the disciplinary process.

However, the judge said the firm had “clear, hard evidence of the claimant’s internet usage, which was at odds with her explanation”.

The partner described how the “tenor of the claimant’s explanations had seemed to him to be dishonest, and so he had lost trust in her”.

The judge concluded that it was reasonable for him to believe that her conduct amounted to gross misconduct for which he was entitled to dismiss her summarily.

“The procedure followed, at least at the appeal, was text-book. The claimant was accompanied through the entire procedure by her husband, an experienced trade union official albeit not acting in that capacity.

“She knew from the first invitation letter that she was at risk of dismissal. She knew the allegations against her. Every meeting was minuted.”

Meanwhile, the Employment Appeal Tribunal has ordered a fresh hearing of a decision by Employment Judge Bedeau in Watford to set aside a previous order which struck out a claim against well-known legal aid firm Duncan Lewis.

Mr Justice Soole ruled that the judge had failed to give adequate reasons for his decision, after Miss M Puar’s claim for wrongful and unfair dismissal, race discrimination, bullying/harassment, victimisation and notice pay was struck out automatically for failure to comply with an unless order for the provision of further information.

She worked for Duncan Lewis for four months in 2016 before being dismissed for her alleged performance and conduct during her probationary period.

Soole J rejected the firm’s argument that reconsidering the application would inevitably lead to the same outcome. “I think it necessary for the fact-sensitive exercise to be considered completely afresh,” he said.