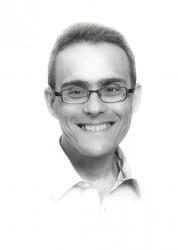 Rubens: as the market and the demands on law firms shift, so too must the metrics

Large law firms need to embrace new ways to measure firm and partner performance as traditional methods – such as profits per equity partner – “can be irrelevant, encourage inappropriate behaviours, discourage innovation and tend to be short term in focus”, a leading law firm consultant has advised.

Giles Rubens, a principal at Fairfax Associates, said firms need both to improve the commonly used current metrics – which are largely concerned with operational management – and introduce new metrics “with a longer-term focus and which measure progress on key strategic priorities”.

The key changes required to the current metrics are moving from a focus on revenue generated to one on profitability and from a focus on partner personal performance to one that assesses each partner’s overall contribution, he said.

Mr Rubens said that rather than measuring matters primarily on their scale, based on the revenue generated, “it is profitability that really matters and the profit generated on two similar value matters can be vastly different”.

He continued: “While matter profitability is not a new metric, it remains a relatively under-used one, in part because of the perceived sensitivity of introducing it and in part because the methodology many firms have historically applied is not appropriate under certain circumstances.

“Particularly in the context of pricing and margin improvement, matter profitability is most effective when a notional salary is applied to partners to account for the cost of their time as a working lawyer. To include a partner’s full compensation can lead to misleading results.

“On the flip side, excluding partner compensation entirely is also likely to be inappropriate because it will make a matter largely undertaken by partners look far more profitable than one with a more balanced team.”

This approach will help firms make informed decisions concerning profit management and pricing and also allow them to set prices and manage matters more effectively on other than an hourly rate basis, he explained.

The second amended metric would be to look beyond traditional leverage – the ratio of associates to partners, or non-equity lawyers to equity partners – to take into account of modern business structures that also utilise “contract attorneys, legal assistants, technology, services provided by third parties, and other resources in order to compete effectively”.

Mr Rubens said that among the new metrics should a “risk index”, which measures the relative risk profile of a firm. The factors that could be included in this include:

Mr Rubens also recommended a quality index. Though hard to measure, and requiring some subjective inputs, “it is nonetheless one of the most important metrics that firms should be focusing on”.

This could include the number of new matters opened for existing clients, the rate of change in the average size of the firm’s top 50 or 100 client relationships, the number and levels of the public rankings of the firm, and the results of client and staff surveys.

Mr Rubens concluded: “The old adage ‘You get what you measure’ is largely true in law firms. So as the market and the demands on law firms shift, so too must the metrics. Firms need to take a hard look at the metrics they use to measure performance and profitability and ensure that they remain meaningful and support the firm’s strategic aims.”