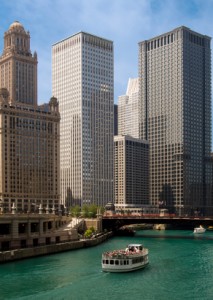 Two US law firms are refunding clients after a lawyer admitted that he had subtly padded his fees to meet billing targets, according to a disciplinary case that has been launched against him.

Intellectual property lawyer Christopher C Anderson is facing action from his time first at Kirkland & Ellis between 2011 and 2015 and then at Neal Gerber Eisenberg until last year. Both firms are in Chicago.

Mr Anderson was initially an associate at Kirkland before becoming a non-equity partner in 2017; he moved across to Neal Gerber as a partner.

According to a complaint filed with the Illinois Attorney Registration and Disciplinary Commission, Mr Anderson recorded more time than he had actually spent on matters “in an attempt to meet what he perceived to be the firms’ billing expectations”.

It said: “For the days that [he] felt he had not recorded sufficient time on client matters, he increased the time he claimed to have spent on those matters based on a number of factors, including his assessment of the likelihood that the client would object to the time he recorded.

“As an example, if [he] spent 0.3 hours on a client matter, he would record that he had actually spent 0.5 hours, or he would bill 2.1 hours for work that actually took him 1.7 hours to complete.”

The firm then conducted an inquiry into his billing practices, which led to an offer to refund or credit what amounted to 20% of his recorded time to more than 100 clients. This cost more than $150,000.

Kirkland & Ellis has taken a similar course of action.

Mr Anderson was quoted in the American Lawyer magazine as saying: “This is just an attempt by me to make my life right. It’s not been easy for me along the way, but I feel like I’ve done the right thing.”

Neal Gerber managing partner Scott Fisher told Legal Futures that the firm responded “quickly and responsibly” upon learning of what had happened.

“We immediately launched a thorough investigation involving outside counsel and a forensics firm specialising in attorney-fee matters, referred the matter to the regulatory body governing the conduct of Illinois lawyers, and terminated our relationship with Mr Anderson.

“The investigation revealed no discernible pattern of time-entry inflation nor any material overcharging at our firm, and we have no reason to believe the legal services rendered to our clients were ever compromised.

“The investigation further found that, had our firm been subjected to an outside audit of its billing records, Mr Anderson’s time would not have drawn attention. Nevertheless, and in the interest of doing right by our clients, we offered to refund a portion of the amount paid for Mr Anderson’s time.”

A Kirkland spokeswoman said: “We recently learned that a former associate during the 2011-2015 timeframe may have rounded up his billable hours to certain clients.

“We take these situations very seriously and are in the process of preparing refunds or credits for all potentially impacted time that was billed to any client.”