Firms receiving SRA advice “little better on AML than others” 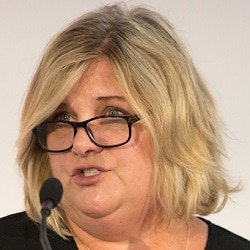 Nearly half of solicitors’ firms that are part of the regulator’s relationship management regime have been referred to the disciplinary process for anti-money laundering (AML) failures, it has emerged.

The firms, which have a designated Solicitors Regulation Authority (SRA) contact, did little better than firms without.

Meanwhile, the SRA is taking an increasingly tough line on larger firms that fail to conduct independent audits of their AML compliance arrangements.

Speaking at the recent Legal Futures compliance conference in London, Nicola Kirby – a member of the Law Society’s money laundering task force and a compliance lawyer with US law firm Latham & Watkins – revealed that 13 out of 32 firms in relationship management had been referred for disciplinary enforcement.

Relationship management facilitates direct contact between the SRA and ‘high impact’ firms – so-called because something going wrong at the firm has the potential to make a greater detrimental impact on the regulatory objectives than regular practices.

Last month, the SRA published the results of its thematic review of AML performance, in which it revealed that almost half of the 59 firms assessed had been referred to its disciplinary team.

The regulator also conducted a smaller review of firms in regulatory management but did not publicise the results.

Ms Kirby, who was told of those findings at a recent SRA event, said firms in the smaller cohort “didn’t actually fare that much better”, but disciplinary enforcement was “on hold pending ‘constructive engagement’ with the SRA.

She said both AML reviews had thrown up the issue of an allegedly insufficient number of suspicious activity reports (SARs), a complaint made repeatedly about lawyers by the National Crime Agency (NCA).

The Law Society taskforce has asked the NCA for evidence to back up its view “to try and analyse a bit more what they think is missing”, she continued, doubting that the criticism could be fairly made.

However, Ms Kirby acknowledged that the privilege argument did not always apply: “A lot of conveyancing work isn’t going to be privileged in terms of the information we receive… but I think we really need to hold onto our privilege and protect that as far as we can.”

The SRA was also interested in internal audits – a requirement in the AML regulations. Some 29 of the 32 firms reviewed had not conducted one, Ms Kirby said.

“The SRA’s view, I think, is that it’s two years on, you should all be getting your heads around this stuff now, and they really do expect to see some sort of independent audit of your [AML] compliance has taken place.”

Firms should be aware that SRA investigators had a tendency to subject associates to “quite a grilling” about their risk assessment precautions, she added.

Another controversial issue the SRA was concerned about was screening, said Ms Kirby. The smaller review found that 25 of the 32 firms did not have a consistent approach to the ongoing screening of their staff and lawyers.

While the SRA had not given guidance on screening and was, in her view, “rather woolly” on the subject, she believed it was expecting detailed checks to take place, including bankruptcy, credit and “possibly doing sampling of a particular [higher risk] department… or even your accounts team who are handling the money for you”.

Ms Kirby thought a future issue the SRA would focus on was SARs. A likely subject of a thematic review was “in relation to cash and high-end conveyancing, especially overseas purchasers”, she expected.

She warned firms their AML risk assessments should include the five factors set out by the SRA: services, clients, transactions, delivery channels, geography. She intended to address each specifically in her own firm’s assessment.