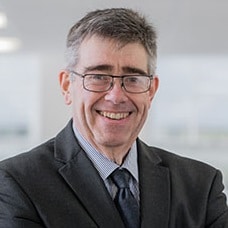 It is difficult to imagine a “more obvious breach of duty” by a conveyancing solicitor than failing to register its new owner, the High Court has said.

Mark Anderson QC, sitting as a High Court judge, said the error by EAD Solicitors had “disastrous consequences” for its client, Property Protea Holdings, but the Liverpool firm took more than two years to admit liability.

EAD is in administration – the business was bought in September 2018 by Simpson Millar.

Protea was incorporated for the specific purpose of acquiring a commercial property in October 2016 from 119 Molyneux Road Ltd.

EAD failed to register its ownership within the priority period of 30 days.

This allowed Molyneux’s sole director, Robert Ware, to borrow against the property. The lender, “ignorant of the sale and innocent of any wrongdoing”, registered a charge worth £552,000 against Molyneux’s title to the property.

The judge noted that, “surprisingly”, the same firm of solicitors acted for Molyneux in both transactions.

The claim was served on EAD in December 2017. Though the firm admitted the facts, it contended that they did not amount to a breach of duty until shortly before the hearing in March 2020, when EAD admitted liability for the sum required to redeem the charge.

Mr Anderson said EAD has not explained what delayed its concession of breach of duty, nor what finally provoked it.

“So far as I can see, the facts known to EAD were the same in March 2020 as they had been throughout the litigation, and it is difficult to imagine a more obvious breach of duty by a conveyancing solicitor than that committed by EAD.”

The only remaining area of disagreement concerned the application for summary judgment against EAD so far as it related to the £202,000 costs Protea ran up pursuing Molyneux and third parties who had been identified as having possibly received some of the proceeds of the second transaction. It claimed these as damages.

Protea’s default judgment against Molyneaux, granted in February 2019, “went unsatisfied” and its pursuit of the third parties “yielded no financial benefit”. Mr Ware was made bankrupt in May 2018 and the claim against him was not pursued.

EAD submitted that it had a real prospect of establishing a defence that it was not reasonable for Protea to pursue the litigation against Molyneux, at least not as far or for as long as it did.

Although he was “unimpressed” by much of EAD’s response to Protea’s application for summary judgment, the judge said he was persuaded that EAD had a real defence.

“This is based on the simple fact that the claimant spent so much money in pursuing defendants who had nothing with which to satisfy a judgment.

“It is not for me to say whether I think a defence based on that single feature has much prospect. I conclude that it is not fanciful or imaginary. It is real and merits a trial.”

Mr Anderson said that although Protea failed to comply with the pre-action protocol for professional negligence in issuing the claim and serving it without allowing time for EAD’s response, there was “no basis” for arguing that compliance would have saved costs.

He said the summary judgment application, issued in October last year, was a “direct result” of EAD’s failure to accept liability or breach of duty.

“Moreover I have seen no evidence that EAD, or its insurers, at any time showed any inclination to engage with the claimant about its decision whether to pursue Molyneux.”

But Mr Anderson acknowledged that “it is not my function to impose sanctions upon EAD for what might turn out to have been questionable tactics”.

He continued that it was understandable Protea wanted to pursue Molyneux, including for information about its assets.

“But it would not have been reasonable, or at least arguably not so, for the claimant to prosecute this expensive litigation without keeping under careful review whether a judgment might go unsatisfied, nor to persist in running up costs if such a review would have suggested that the prospects of recovery did not justify it.”

Mr Anderson concluded by acceding to the application for summary judgment, but “only to the extent already conceded by EAD”.