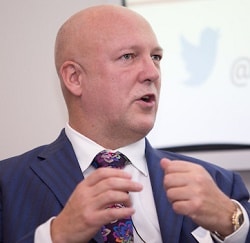 Law firms are unnecessarily afraid of operating on fixed fees, and need to take a more commercial approach to how they market and price their services, according to the solicitor who created The Law Superstore (TLS).

Jeff Winn said that the experience on the site since launching to the public in August was that where firms got their pricing right, instructions followed.

There is a big focus on legal comparison websites at the moment. The Competition and Markets Authority is set to issue its final report on the legal services market later this month, which will include measures to improve price transparency and is likely also to promote comparison websites.

The Solicitors Regulation Authority, Legal Services Board and Legal Services Consumer Panel have all also highlighted the role of such websites in opening up the legal market, with the former saying just this week that there was consumer demand for them.

Mr Winn’s involvement in TLS has been low profile to date, even though he came up with the idea and owns 30% of the business. The rest is owned by JZ International and Souter Investments – the two companies that are invested in Mr Winn’s law firm, Winn Solicitors – with 60%, and the management, led by Matthew Briggs, which has the remaining 10%.

TLS offers over 130 legal services, and the system asks a series of focused questions to help determine whether the matter is straightforward, of mid-level difficulty, or complex. Mr Winn said this allowed firms “to price very firmly”.

Users are then offered a list of firms prepared to take the matter on a fixed fee – quoting a price both for initial advice and the full case – and on separate tabs those who would do it on a fixed fee with capped hours, and those on a quoted hourly rate.

The results can be filtered on the basis of either the highest user ranking of the firm, the lowest price or the location. Firms chosen by users are expected to call back within four hours.

Mr Winn said: “The big challenge has been getting solicitors to approach this in a commercial way.”

On pricing, he said firms were failing to look at a basket of their cases to determine an average price, part of which was accepting that at each end of the scale there would be cases which would cost them more and others less than the average.

“Customers will pay for certainty,” he said. “But there’s a fear [among firms] of something unexpected coming up despite the clarity of what’s included in the package. Some have priced on a worst-case scenario, and they are not getting work. When there is a competitive fixed pricing, it sells.”

He added: “It’s going to happen because quite simply that’s what the public wants.”

As more customer reviews are posted on the site, Mr Winn said he expected firms to be judged by a combination of price and rating. Some firms that have received poor ratings have left the site.

Around 110 firms are signed up at the moment, but Mr Winn wanted four times that number to reach a critical mass to make the site more competitive, which he said in turn would drive conversion rates. Established comparison sites record around a 10% conversion rate, he said – the best-selling services on TLS have managed 6-7% so far.

The problem with attracting more firms, Mr Winn continued, was that many were not monitoring the number of cases they receive from their existing marketing and so could not compare the cost. “I check everything,” he said.

He said the TLS model was that the cost of marketing should be half of what firms would be paying on their own, and claimed that the 10-15% of the package price that TLS took as its fee was less than that charged by leading marketing collectives.

Looking longer term, Mr Winn predicted that services like TLS would drive new delivery models – the ability to turn a firm’s TLS listing on or off instantly meant that lawyers could choose how much work they have at any one time, giving them greater flexibility in how they organise their practices.