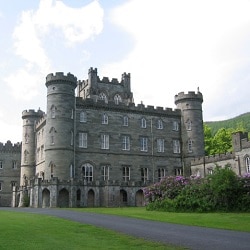 Insurer Axis Specialty Europe is trying to exclude its liability for losses of nearly £6m suffered by a US property company due to a fraud perpetrated by a solicitor.

It initially claimed that the appointment of the other partner of London firm Jirehouse was a sham and has now received permission from the High Court to argue alternatively that the partner condoned the actions of Stephen Jones.

In August 2019, Mr Jones was jailed for 14 months after being found guilty on four counts of contempt of court for breaching undertakings given to the court about missing client money.

It wired the money to the client account of Jirehouse Trustees, one of three law firms using the Jirehouse name. All three were shut down by the Solicitors Regulation Authority (SRA) in May 2019.

The money was meant to stay there until the deal completed but the High Court in 2019 found that he actually lent the money immediately upon receipt to two borrowers, whose identities were still unknown and who have not repaid it.

Discovery and two other claimants are seeking just under £6m from Axis, which provided the primary layer of indemnity insurance to Jirehouse, under the Third Parties (Rights against Insurers) Act 2010. The trial is set for July 2022.

David Railton QC, sitting as a deputy High Court judge, said it was common ground that the three underlying claims arose out of Mr Jones’s dishonesty.

In line with the SRA’s minimum terms and conditions of insurance, Axis has no liability for claims involving dishonesty or fraudulent acts, subject to the proviso that the policy must cover the civil liability of any innocent insured, and “no dishonest or fraudulent act shall be imputed to a body corporate unless it was committed or condoned” by all the directors.

Vieoence Prentice was registered as a director of each firm from 2 June 2017 until his resignation on 15 March 2019, potentially triggering the proviso.

Axis contended from the start that the arrangements purporting to appoint him as a director were a sham and, having investigated further, sought permission to plead in the alternative that Mr Prentice condoned Mr Jones’s dishonest and fraudulent acts.

The investigation was hindered by the need to reconstitute the Jirehouse firms’ server.

“As the SRA had intervened and closed the Jirehouse entities in May 2019, the process needed to be carried out through the SRA, and Devonshires, who were acting for the SRA,” the judge observed.

“Inevitably, following the Court of Appeal decision in Quinn Direct Insurance Ltd v Law Society [2011] 1 WLR 308, there were a number of privilege issues which needed to be considered, and there was in the event a lengthy and expensive process for the identification and review of relevant documents by independent counsel before they could be provided to the defendant.”

The claimants opposed the application on the basis that the amendments were being sought late in the day and the delay was Axis’s fault.

Mr Railton held that the amendments contained “a properly pleaded case with a real prospect of success”.

They did not imperil the trial date in July 2022 and he held that the claimants would not be materially prejudiced as a result of this case being raised at this stage.

Though there were certain documents that Axis could have sought more quickly, the judge concluded that its “conduct in relation to the timing of the investigation of this element of its defence (which I do not consider to be unreasonable)” did not mean the application should be refused.