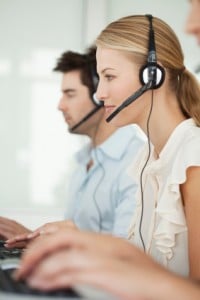 Calls: firms need to work much harder on the ‘customer experience’

Law firms are “their own competitors” because the poor way many deal with telephone enquiries is pushing away nearly half of their potential clients, a mystery shopping exercise has concluded.

The remaining 19% were unsure and so would call other firms to compare before committing, according to the survey by customer service consultancy CXINLAW, which covered top 100 firms, south-east regional practices and firms in branded networks. Overall, just 8% rated their experience as outstanding.

Some 78% of calls were answered within three rings, although 5% were not answered at all. The survey broke down every element of a call – such as how friendly the receptionist was – to investigate the customer experience. Firms were notably poor at transferring calls, with only 13% of shoppers rating them as good; 44% did not reach the relevant person.

When callers did get through, they rated 72% of legal advisers as showing little or no ability to empathise, build rapport or deal with objections sensitively. The report said a 10-minute call “with an effective exchange of information, options and possible next steps is enough for most callers to engage with a solicitor and judge that a call made on trust after a recommendation is worthwhile”.

More than half of firms failed to explain how they were different from other practices either at all or sufficiently, while follow-up was patchy.

On fees, the re

port said potential clients are looking for a perception of value and are not comfortable with the price being the first point of discussion on the call. The firms were fairly evenly split between being open and transparent on fees, not being sufficiently clear and not discussing them at all.

Carl White, partner at CXINLAW said: “The study highlights that the industry still needs to recognise and appreciate the impact client service can make. It is a key differentiator that can make or break a firm, particularly in light of recent legislative changes, including ABS, as well as a downturn in consumer confidence. Our evidence proves there can be a dramatic difference between the service aspiration of many firms, and the day-to-day reality.”

In his foreword to the report, Professor Stephen Mayson said: “This report shows the stark reality that too many law firms are in fact their own competitors. They are effectively turning work away and into the arms of others, often without realising they are doing so, and all because of their inability or unwillingness to invest some time and effort in making clients and potential clients wanted and valued.”

Pointing out that ‘quality’ means the experience as well as the actual advice, he added: “The overriding message from this report must not be to give up on the content or quality of advice but to work much harder on the ‘customer experience’.

“This must be personal, and show empathy and sensitivity. It’s vital to move in line with the client’s or enquirer’s pace and comfort… And never make a client feel like a nuisance or an interruption.”