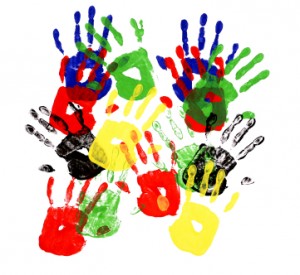 A law firm that addressed a transgender woman by her birth name has been ordered to pay compensation by the Legal Ombudsman (LeO).

The decision came after an ombudsman disagreed with an initial assessment by an investigator at LeO that the unnamed firm had acted reasonably.

The details of the case are sketchy and supposedly come from a LeO ‘whistleblower’ concerned about the ombudsman’s approach to the case and whether it was following an “ideological agenda”.

It has been reported that the firm asked the client how she wished to be addressed and there was nothing to show she had responded.

The firm then referred to her using her birth name throughout a letter assessing her claim. She contacted the firm to say she felt disrespected.

Her complaint ended up at LeO, although it is not clear whether this concerned the original issue or the way the firm dealt with the complaint.

If a complainant does not agree with any aspect of an investigator’s decision, the case will go to an ombudsman to make the final decision.

In a statement, LeO pointed out that gender reassignment was a protected characteristic under the Equality Act 2010, “and we have included awareness of this as part of our training around vulnerable consumers”.

It continued: “We recognise that we ourselves need to be sensitive around areas such as ensuring we use the correct name, or having the awareness to check how people wish to be addressed.

“Awareness of protected characteristics is important for us, as well as awareness of other issues faced by vulnerable consumers, so we can ensure that we provide the best customer service possible ourselves.”

LeO’s guidance includes a quote from the US-based Gay and Lesbian Alliance Against Defamation (GLAAD) which says: “When a transgender person has transitioned and is living their life as their authentic self – that is their truth. The world now sees them as who they truly are.”

On reviewing the investigator’s view that the firm’s service had been reasonable, the ombudsman determined that “the approach taken and the comments made by the firm were not reasonable, particularly given the nature of the retainer and the claim for which the firm were instructed”, LeO said.

It continued: “The ombudsman considered that the firm’s approach did not demonstrate an understanding of the issues faced by their client, or their circumstances.

“The quote from GLAAD served to contextualise and illustrate the decision made by the ombudsman – it was not a determining factor in the ombudsman’s decision.”

The complainant was said by reports to have praised LeO for the decision: “Thank you so very much for your understanding around trans issues and the journey that I am on. I wish more people were like you,” she said.