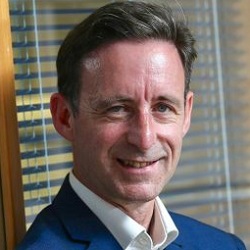 King: Evolution rather than revolution

An unregulated legal business is deploying artificial intelligence (AI) software that will become the first point of contact for all new clients, trained to offer initial legal advice to clients and triage cases effectively

The technology uses natural language processing and can maintain a conversational manner such that human clients are said to be unaware they are talking to a computer.

Its developers claim it is a more sophisticated successor to chatbots and more limited virtual assistants that react to keyword-driven instructions and follow static decision trees.

Nottingham-based April King, a firm which is one of the new breed that is not a regulated entity but employs regulated solicitors, installed the digital legal assistant – called April – initially in order to free staff from handling requests for its free information packs about wills, trusts and probate.

Later this year, after training April to its specific requirements, the firm hopes to use the software  to act as the first point of contact for clients, enabling them to book meetings at any time of the day.

The AI uses ‘sentimental analysis’ that can react to the mood of clients such as whether they are happy and so on, adjusting its tone as appropriate.

Paul King, April King’s chief executive, said that he had spoken to an American law firm which was already deploying the technology – white-labelled by IPsoft – and it was capable of conversation with clients that left them oblivious to the fact it was a computer.

He gave the example of a client who was angry and rude. “[The technology] responded in a measured way, saying ‘I think it’s quite important to be kind’. The client, not realising he was talking to [a computer], thought about it and said ‘you’re quite right, I apologise’.”

Another feature of the software is that it will be embedded in the firm’s website. A visitor can make a voice query and April will automatically link them to the relevant webpage, highlighting words or phrases, or playing video.

Mr King continued: “Then [April] will say ‘I’ve got a lawyer available if you want to speak to them. They have a slot to speak to you at [this time and date].”

He observed: “It’s more about evolution than revolution. [April is] an investment that produces not necessarily savings but increases revenue and improves time efficiency. It’s not true that the robots are taking over – we are not letting any staff go. In fact we are recruiting.”

He stressed that sophisticated technology was “not just the preserve of magic circle law firms” and suggested the legal industry had fallen behind other sectors in adopting AI.

April King was created under 2019 Solicitors Regulation Authority rules allowing solicitors to practise from unregulated firms. It has a team of several solicitors, chartered legal executives and qualified trusts practitioners – including Mr King – backed by a number of paralegals.

At the end of 2019 it went into administration after a period of rapid growth but was purchased and revived under the same trading name.

IPsoft brands the software as ‘Amelia ‘ and says its products are used by “global leaders in banking, insurance, telecommunications and other industries”.

A report found last year that unregulated firms were leading the way with the use of cutting-edge consumer-facing technology.