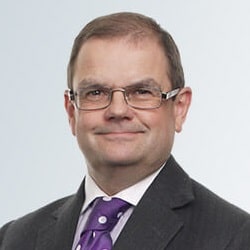 A leading firm of conveyancers is set to start telling new clients from next week that their transactions are unlikely to be completed by the end of the stamp duty holiday.

In July, the government suspended the payment of stamp duty land tax on the first £500,000 until 31 March 2021, but is now coming under pressure to extend it.

Transaction times are reported to be stretching from an average of 12-14 weeks to 20 weeks because of the surge of sales the holiday sparked.

Speaking at a webinar yesterday organised by Minerva, part of LFS, the managing partner of Kent firm Martin Tolhurst said the time take from instruction to completion was increasing week by week.

Richard Carter said new clients’ primary concern was that the transaction would complete by 31 March.

“From next week anyone ringing us will be quoted with SDLT at the normal rate, so that will set it out from the start that the likelihood is that they won’t be completing by 31 March,” he said.

This might mean losing business, but “it will be saving us from having very difficult conversations next March”.

Mr Carter added: “It goes against the grain because we don’t want to be turning clients away but we’re going to have to.” The firm would also start warning existing clients about the risk.

Searches were also taking longer and it was getting difficult to obtain information from management companies.

Mr Carter reported that the Law Society this week issued a warning to firms registered with the Conveyancing Quality Scheme about the need to manage clients’ expectations.

The solicitor and others on the panel said they expected the government to shift its position, such as allowing people who have exchanged by 31 March to take advantage of the holiday.

Nigel Hoar, IT director at Sheffield firm Taylor & Emmett, predicted that the government would extend the deadline and then “look at a way of softening the cliff edge”.

He also told the webinar that he was also concerned about clients who wanted to get into their new properties by Christmas. “I think there will be a frenzy [after England comes out of lockdown] and that will be very bad for us as conveyancers.”

He said clients were “understanding” during the first lockdown but that has changed. “People are saying they don’t understand why it’s taking so long.”

Several industry groups joined forces to write to Chancellor Rishi Sunak, calling on him to announce before Christmas an extension to the holiday of at least six months, and to work with the industry to develop a method to help smooth the end of the extended period to prevent another cliff edge.