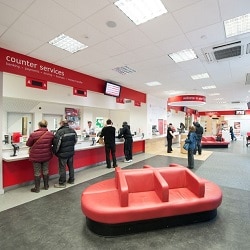 Hull-based Hudgell Solicitors has begun work on trying to overturn as many as 500 potentially unsafe convictions as a result of the Post Office Horizon IT scandal.

Significant variations in many subpostmasters’ accounts led to hundreds either having their contracts terminated, being forced into repaying thousands of pounds or being prosecuted by the Post Office – which is a prosecuting authority in its own right – and jailed.

However, the discrepancies had in many cases occurred due to the faulty Horizon IT system used by the Post Office, which led last year to a £58m damages settlement following a group action on behalf of 550 subpostmasters.

Managing director Neil Hudgell has already been working with local MP Karl Turner to explore potential civil claims for those who were not part of the group, but revealed yesterday that it has now instructed leading appellant barristers Tim Moloney QC of Doughty Street Chambers to help all who were wrongly prosecuted overturn their convictions.

The move has the backing of the Justice for Subpostmasters Alliance (JFSA), which helped bring the group action.

In March, the Criminal Cases Review Commission (CCRC) referred the convictions of 39 subpostmasters to the Court of Appeal, on the basis that each prosecution amounted to an abuse of process because of the issues with the Horizon system. It is also considering a further 22.

However, Mr Hudgell said there could be as many as up to 500 unsafe convictions in total: “This has quite simply been an absolutely appalling scandal which has led to a host of wrongful convictions. At this stage we are unable to accurately predict the number of unsafe convictions, but they are well into three figures.

“Many were either convicted of offences or coerced into a guilty plea in the face of what seemed overwhelming evidence from an infallible IT system.

“The unreliability of the Horizon software was exposed and accepted in the High Court so it is only right that every potential unsafe conviction is now fully investigated and challenged.”

Mr Hudgell says that, should people successfully have convictions overturned, it could open the door to yet more civil cases to seek damages for malicious prosecution, as well as loss of reputation, loss of liberty, property, and financial loss.

“The time has come for all subpostmasters affected by this to have the full force of the legal profession and the law on their side, and that is what we are looking to do through this team,” he said.

The firm has told those affected that, while legal aid would be available for cases referred by the CCRC, those appealing to the Court of Appeal out of time may have to fund the application for permission themselves.

It is investigating crowd-funding for this, and added that though costs would normally not be awarded in the event of a successful appeal, it may be different if the Post Office was the prosecutor.

Mr Turner, himself a criminal barrister by trade, said: “The JFSA, myself and Hudgell Solicitors are determined to ensure that as many people affected by this scandal as possible get the justice they deserve for what happened to them.

“For too long this has been something the Post Office has been able to brush aside, and the settlement last December did not go far enough. It only scratched the surface in terms of the scale of investigation carried out, and also in terms of justice being served. We won’t let this one go.”

The JFSA worked with midlands firm Freeths on the group litigation. Its founder, Alan Bates, said: “The JFSA are fully supportive of these cases being taken forward by Hudgells Solicitors and we are delighted to also have the support of Mr Turner and other politicians in ensuring this matter continues to be highlighted in both the Government and the highest courts in the land.

“We will fight to ensure every wrongful conviction is overturned.”