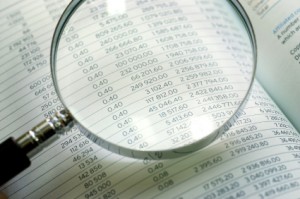 The Solicitors Regulation Authority (SRA) last week shut down a north-west London law firm shortly after an accountant who went on to train as a solicitor at the firm was struck off for preparing fraudulent cheques and forging partners’ signatures.

The SRA intervened in three-partner Harrow Solicitors & Advocates, located in the eponymous London suburb, to protect the interests of clients.

Jude Godson was struck off by the Solicitors Disciplinary Tribunal (SDT) in April.

The SDT heard that Mr Godson was employed as the firm’s in-house accountant from 2003, a role he combined with trainee solicitor from 2007.

The tribunal judgment recorded: “In or about the second week of December 2008, Mr Blades reviewed the banking transactions of the firm and noticed a discrepancy between the projected and actual overdraft balance of the firm which caused him to seek clarification of the position from the firm’s bankers.”

“The firm said that in consequence of his subsequent enquiries, a disciplinary meeting was convened shortly before the Christmas break in December 2008 which culminated in the respondent being summarily dismissed from his post as in-house accountant on the grounds that he had misappropriated a total of £22,000 from the office account of the firm.”

Despite this, Mr Godson was “allowed to continue to attend the firm to complete his training contract” until July 2009.

Delivering judgment in SRA v Jude Godson (case no. 11276-2014), the tribunal said the firm launched proceedings against Mr Godson, his wife and an associate in 2010, to try and recover misappropriated funds.

The following year, the firm reported Mr Godson to the SRA, but “the SRA decided not to investigate the matter further until the High Court had determined whether the respondent had misappropriated money from the firm, the exact amount which he had misappropriated and over what period of time”.

Mr Godson’s appeal was rejected by the Court of Appeal in November 2013, and the SRA referred him to the SDT the following year.

The SDT found that Mr Godson had breached the practice rules and the Code of Conduct 2007, by causing cheques to be drawn “upon the account of his employer in favour of himself and other persons who were not entitled to be paid” and “obtaining payments from his employer by misrepresentation”.

He was also found to have provided untrue information to the SRA and to have acted dishonestly.

In his defence, Mr Godson “repeated his previous assertions” that he had been doing what he was told. He blamed his managing partner, Elvin Blades, for putting him “under duress”.

The High Court had rejected this defence and so did the SDT. It responded: “Even if his employer had told the respondent to do what he had done, which the tribunal did not accept, the respondent had a personal responsibility to uphold proper standards and no decent solicitor would have permitted himself to be used in that manner.

“The tribunal had considered each of the sanctions available to it and in this case, where gross dishonesty had been proved, the only appropriate and proportionate sanction was that of strike off. No lesser sanction would protect the public and the good reputation of the profession.”

Mr Godson was also ordered to pay costs of £26,900. According to an official notice in The Gazette, Harrow Solicitors and Advocates was wound up in February 2014 and a liquidator appointed.