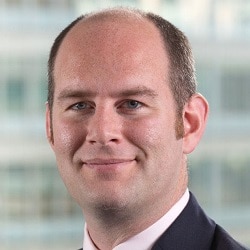 McAleenan: Imitation not the sincerest form of flattery on this occasion

Manchester-basezd JMW has accepted damages of £45,000 plus costs from rival law firm Hayes Connor that admitted plagiarising a letter drafted by JMW on 242 occasions.

JMW has also settled with one other unnamed law firm and a barrister accused by Hayes Connor of being the source of the copying.

JMW partner Nick McAleenan said he became aware of what was happening when he was sent a letter of claim issued by Hayes Connor, which he recognised as one which he and his colleague Laura Wilkinson had drafted.

He said Hayes Connor, which markets itself as ‘The data breach experts’, initially denied the claim for breach of copyright, but settled ahead of trial after admitting that it reproduced a substantial part of the letter and using it without JMW’s permission.

JMW said Hayes Connor founder Kingsley Hayes acknowledged that the firm initially claimed that it had used the letter as its own in 50 cases, although that number then rose to around 150. The figure was eventually put at 242.

Mr McAleenan, who heads JMW’s media, data rights and reputation management team, said: “In the case which Hayes Connor pleaded, they had blamed a barrister with whom they’d worked.

“However, we maintained in our claim that Hayes Connor was aware that the document he provided them with was not based on his own work.

“The actual scale of the infringement was simply staggering and rather disappointing. In a nutshell, they had made a business out of breaching our copyright.

“Sadly, imitation, in this instance, isn’t the sincerest form of flattery. It’s simply a breach of copyright.”

In a statement, Hayes Connor said: “We instructed a barrister who, unbeknown to us, copied sections of a precedent which were then used by us in letters of claim. We had no knowledge he had done this and two other firms also used the same material.

“Although we had no knowledge of his actions, we have had to accept liability and have reached a settlement with JMW.

“We will now be pursuing our own action against the individual concerned. We instructed the barrister concerned in good faith and we obviously don’t condone his actions.

“It is no reflection on how we operate as a business and the standards our own people adhere to every day.’

Kingsley Hayes is now head of data breach and cybercrime at Keller Lenkner UK. He said: “I am no longer working at Hayes Connor Solicitors but am pleased that the firm has now resolved this matter.

“A technical copyright infringement is a matter taken seriously, and it was acknowledged as soon as the firm was alerted to it with a detailed investigation undertaken over a lengthy period by the firm to establish the extent of the issue.

“As Hayes Connor have confirmed, they were unaware of the copyright infringement that had been committed by a barrister instructed by them until it was brought to their attention by JMW.”