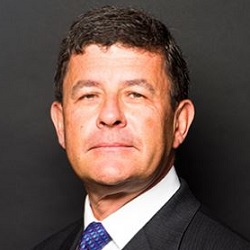 A London law firm has escaped judicial punishment after reporting itself to the Solicitors Regulation Authority (SRA) after a transcriber it hired recorded remote court proceedings without the judge’s permission.

But His Honour Judge Davis-White QC warned that solicitors would not be treated so leniently in future.

The boutique disputes practice was acting for a third party in JR&B Farming Limited v Hewitt [2021] EWHC 1704 (Comm) when the judge became aware that it had engaged a firm of transcribers to provide a transcript of a fully remote pre-trial review he was conducting.

The judge ordered Enyo and the transcription company, Epiq, to explain what had happened. Enyo partner Nick Jones said he was aware of the ban on recording proceedings but did not realise Epiq would be recording it; he thought the hearing would be transcribed live.

Epiq said it was for the client to obtain all necessary consents or orders from the judge, a position made clear in its terms and conditions.

HHJ Davis-White said: “I accept what Mr Jones says but am somewhat surprised. In my experience when transcribers have been employed to attend court to take a transcript it has been their invariable practice to attend with their own recording equipment…

The judge said contemporaneous recording of court proceedings, except for the court’s own, was prohibited unless the court gave permission, and there was “no general exception” for recordings taken for the purposes of obtaining a transcript.

He referred to a case last year, Gubarev, in which lawyers in the London office of US firm McDermott Will & Emery were strongly criticised for allowing a trial to be live-streamed to observers outside the UK without the court’s permission.

Mr Jones said he was aware of the case, but HHJ Davis-White said “it is concerning that familiarity with the case does not seem to have extended to familiarity” with key passages about the process for obtaining the court’s consent.

In deciding whether to refer Enyo to the judge in charge of the Commercial Court or the SRA, HHJ Davis-White said: “I am told that Enyo has self-reported the matter to the SRA. It has also reconsidered and recirculated internal guidance within the firm. Mr Jones made an immediate full and frank apology to the court.

“In the particular circumstances of this case it seems to me that that is sufficient and that I need take no further steps under the Hamid jurisdiction, save to require a copy of this judgment to be sent to the SRA.

“I should make clear that by this judgment I do not intend to indicate what course the SRA should take and I am certainly not indicating that the breach in this case was not serious.”

But lawyers “should be in no doubt” as to the requirements for using live transcript services, whether the hearing is fully remote, hybrid or face to face.

HHJ Davis-White went on: “The court is unlikely to take the course that I have done in the future were the requirement to obtain court permission for a real-time transcript not to be observed.”

He decided to grant permission for the real-time transcript retrospectively.

The judge concluded by emphasising the key points for the future: