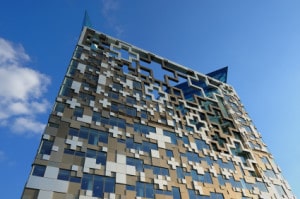 Mr Khan did not need to warn SRA of “serious difficulties”

A law firm owner did not mislead the Solicitors Regulation Authority (SRA) over the financial difficulties his practice was facing, even though he was reliant on loans from a senior solicitor to keep it afloat, the Solicitors Disciplinary Tribunal (SDT) has ruled.

The SDT found that Ghafar Yousaf Khan had paid his indemnity insurance, and was not behind with rent or salaries.

Mr Khan, sole principal of Richmond Solicitors in Blackburn, accepted that there had “clearly been difficulties with cash-flow” and there were “significant sums of money” owed to creditors.

The SDT heard that he outlined the firm’s finances to the SRA when submitting an application for renewal of authorisation as a sole practitioner in October 2013.

“He was confident at the material time that he could have repaid the debts owed in a timely manner. He had the option of taking a loan from his parents,” the tribunal recounted.

“The consultancy arrangements with two other firms were then terminated by them which resulted in a loss of monies owed to the respondent. The firm was also unsuccessful in securing a criminal legal aid contract.

“However, these more serious problems, which ultimately led him to decide to close the firm, arose after the completion and submission of the [renewal] form.”

Mr Khan told the tribunal he did not believe the problems he faced amounted to “serious financial difficulties” that would require notification to the SRA, even though “he had been reliant on loans from Mr D, a senior solicitor at the firm, to stay afloat”.

He denied that this loan and contemplating the possibility of “a loan from his parents” were signs of serious difficulties and said these only arose after he submitted the authorisation form to the SRA. Once they were apparent, he contacted the regulator to discuss shutting the firm.

The SDT heard in SRA v Khan (case no.11407-2015), that Mr Khan was admitted as a solicitor in December 2008. Richmond Solicitors ceased trading and entered insolvency in February 2014 and the SRA began its investigation two months later.

The solicitor was charged with a wide range of offences, including breaches of the accounts rules and making misleading statements to the SRA as to the “serious financial difficulty” faced by the firm.

However, the SDT rejected a series of other allegations, such as that he had paid prohibited referral fees and failed to provide adequate information to clients. The allegations that he had made misleading statements to the SRA were also rejected, both on the issue of “serious financial difficulties” and information about his role as consultant to two other law firms.

In mitigation, the SDT heard that there were restrictions on Mr Khan’s practising certificate in place since March 2014 which prevented him from being a manager in any firm.

“Since closing the firm he had done some agency work and had worked for another firm for much of the last year until that firm had closed in October 2015.”

The SDT heard that Mr Khan “had been promised employment as a solicitor” subject to the outcome of the proceedings. It concluded that Mr Khan was “culpable for misconduct”, but it was a question of incompetence rather than being wilful.

“The tribunal found that the respondent’s culpability was low. There had been no identifiable harm caused to any individual. The likelihood of any future misconduct was very low.”

The SDT concluded that the appropriate sanction was a reprimand.

On costs, the SRA applied for £27,700, although it accepted that five out of ten allegations had not been proved.

The tribunal said that the five allegations had all been admitted by Mr Khan at an early stage, apart from one in part, and it described the SRA’s investigation as “excessive in view of the fact that the firm had closed and the breaches were comparatively minor”. Mr Khan was ordered to pay £9,500 in costs.