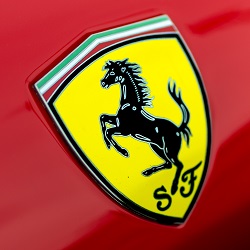 A solicitor failed to supervise an unadmitted consultant who allowed the firm’s client account to be used by a foreign royal as a banking facility in a bid to buy three supercars.

However, €8.3m of the €9.4m paid into the client account was sent to third parties without the client’s permission and the firm, Justice Solicitors – also known as Tangent Solicitors – is now being sued for the money as the cars were never procured.

As a result, Raja Shazad Khan, who was the firm’s sole owner, has been suspended for a year and banned indefinitely from holding an ownership or compliance position at any law firm, and from having any role in relation to office and client accounts.

The unadmitted consultant – Colin Anthony Goldring – has been banned from working in law firms without the Solicitors Regulation Authority’s (SRA) permission.

Mr Goldring, after working in the law for 10 years, is now a businessman who co-owns Worcester Warriors rugby club and Morecambe football club.

The Solicitors Disciplinary Tribunal (SDT) approved the agreed outcomes at a hearing last month. The full rulings were published yesterday.

Mr Khan, born in 1971 and qualified in 2008, ran Justice Solicitors from Accrington in Lancashire from 2016. It closed in 2020 after failing to secure indemnity insurance and was then intervened in by the SRA.

Between 2016 and 2018, Mr Goldring – who initially came on board as a trainee solicitor but ended up working as an unadmitted consultant – ran a London office under the Tangent name. There was a supervising solicitor but he died and Mr Khan did not take on the supervisory role.

The tribunal heard that Mr Goldring had acted on behalf of ‘Client A’ – said to be a member of a prominent foreign royal family – in relation to the purchase of three high-value cars: a Ferrari Aperta, a Ferrari FXX-K and a Bugatti Chiron.

Client A paid €9.4m into the firm’s client account but never received the cars or had most of his funds returned. Client A has made an €8.3m claim against the firm’s insurers.

This led to an SRA investigation which found multiple problems with the firm’s accounts. Initially, no reconciliations were available, compliant client ledgers were not maintained and there was no cashbook in which the firm recorded transactions on client bank account.

One of the matter lists eventually provided showed 97 overdrawn client account balances totalling £302,500, while almost half of the matters did not have an identifiable client name.

In relation to the cars, full chronological files for the transactions were not available and the firm had initially said it acted for an agent of Client A, a position contradicted by correspondence that was on the files.

The firm conducted barely any due diligence on any of the parties and, in paying money out, performed no checks on the source of the received funds or on the accounts to which they were paid.

Mr Khan admitted the account rule breaches and that there was no underlying legal transaction in relation to the cars, meaning the firm had provided a banking facility against SRA rules. In this and his failure to supervise Mr Goldring, he admitted being manifestly incompetent.

The SRA noted that the consultancy agreement provided that Mr Goldring was “not subject to the control of the firm”.

Nonetheless, he “ought to have been properly and closely supervised”, it said. Instead, he was given “free rein to channel enormous amounts of money through the firm’s client account in clear and serious breach of the accounts rules”.

This was both “inappropriate and dangerous”.

Further, Mr Khan failed to prevent the payment of up to €8.3m to third parties, by or at the behest of Mr Goldring, without Client A’s knowledge and/or informed consent.

In non-agreed mitigation, Mr Khan blamed a computer failure which he “tried, but ultimately failed, to rectify” for the accounts rules breaches, and a COFA he had in place for not identifying the breaches caused by the car transactions.

But he also accepted that, as the firm’s principal solicitor, “he bears responsibility for allowing those activities to take place”.

He said too that, “despite being a junior lawyer, Mr Goldring was a sophisticated and experienced businessman who portrayed himself as being experienced in commercial transactions”.

Mr Khan said he accepted that he would never be able to manage a law firm again.

The SDT said the exact degree of harm to Client A has yet to be quantified but Mr Khan’s misconduct “harmed the reputation of the profession by his failure to uphold public trust”. There was no allegation of lack of integrity, dishonesty or recklessness, however.

It concluded that, in the absence of a finding of lack of integrity and more serious allegations, a strike-off “did not seem appropriate”.

Given Mr Khan had also been suspended for six months following the intervention, a further year’s suspension with “severe constraints” on his return to practice “would serve to protect the public from further harm”.

Mr Goldring admitted misconduct in relation to offering a banking facility, making unauthorised payments to third parties, and due diligence and anti-money laundering failures, which also included not identifying Client A as potentially a politically exposed person.

Further, in relation to another client, Mr Goldring admitted signing a settlement agreement in an employment dispute that “falsely and misleadingly” purported to confirm he was “a relevant independent legal advisor”, when, as an unadmitted person, he was not.

In his mitigation, Mr Goldring said he was “of exemplary character”, pointing out that no dishonesty was alleged and he had made no personal gain from the breaches. He said he had not worked in the profession for several years and had no intention of returning to it.

He also disclosed evidence “to the effect that certain life issues affected his judgment at the material times and in particular his ability to resist aggressive and demanding clients was, as a result, impaired. The clients in question were of such a nature”.

Ahead of the hearing, the SRA dropped an allegation of dishonesty in relation to the settlement agreement and, with it, its intention to seek a fine in addition to the banning order.

The SDT still considered whether to impose one but decided to approve the agreement between the regulator and Mr Goldring.