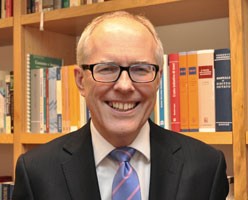 A law firm has been ordered to pay wasted costs of £7,920 for not satisfying itself that the director of a company in deadlock with the other director had the authority to give it instructions.

His Honour Judge Paul Matthews, sitting in Bristol as a High Court judge, said this was a “significant breach of a substantial duty imposed by a relevant code of professional conduct”, meeting the first part of the test to make a wasted costs order.

The SRA code of conduct requires that solicitors only act for clients “on instructions from the client, or from someone properly authorised to provide instructions on their behalf”.

In May, the judge struck out Rushbrooke UK’s application for an injunction to restrain presentation of a winding-up petition. This was on the basis that one of the only two Rushbrooke directors, Mark Steventon-Smith, had no authority on his own to make or give instructions to make the application on the company’s behalf.

Last month, he assessed the respondent 4 Designs Concept’s costs at £7,920, noting that he had never come across a case where some of the work could not be delegated to a more junior fee-earner.

The latest hearing concerned whether Rushbrooke’s solicitors, Bristol firm Neath Raisbeck Golding Law (NRG) should be jointly liable with the company and Mr Steventon-Smith for the wasted costs of the application.

HHJ Matthews said: “In my judgment, it is prima facie unreasonable for solicitors instructed by one director, at a time when the only two directors have fallen out and cannot agree on anything, to take instructions on behalf of the company to engage the company in legal proceedings without first satisfying themselves of the director’s authority to do so.

“I also consider that this is prima facie evidence of negligence by the solicitors. A reasonably competent solicitor would regard it as fundamental to be clear at the outset on the authority of the person representing the client to instruct the solicitor.”

NRG partner David McAndrew told the court it was his “honest and reasonably held belief that NRG Law were properly instructed” and acting on behalf of the company.

He said Mr Steventon-Smith provided oral instructions and that he considered the director had sufficient authority to do so because it would not have been possible to pass a board resolution owing to the deadlock between the directors.

HHJ Matthews described this as a non sequitur. “It does not follow from the fact that there was deadlock between the directors that that must mean that either one of them could take action which in the absence of deadlock could not be taken.”

The second requirement for a wasted costs order was met – NRG’s conduct caused the respondent to incur unnecessary costs as the proceedings would not have been issued – as was the third, that it was just in all the circumstances.

“On the face of it, in circumstances where the company is or is likely to be insolvent, so that the respondent will not be able to recover its costs (in whole or in part) from the company, it seems to me obviously just that the solicitors who allowed these proceedings to go ahead by failing to satisfy themselves of the director’s authority to give instructions should compensate the respondent for the expenditure of the unnecessary costs.

“It is the more so in circumstances where the respondent in pre-application correspondence expressly raised the issue of the authority of Mr Steventon-Smith to instruct solicitors on behalf of the company, but this was simply brushed aside.”

HHJ Matthews said that, while he did not doubt that NRG acted in good faith, this did not prevent a wasted costs order from being made, “or prevent it being just to make one”.

Though the costs at stake were relatively small, the judge said the wasted costs proceedings were justified.

“When I also take into account the importance generally of solicitors being clear on the authority of a person giving them instructions on behalf of another person, and the injustice of the respondent being left out of pocket to the tune of several thousand pounds because (as is likely) the company cannot pay these costs, I am quite satisfied that the wasted costs proceedings are justified.”