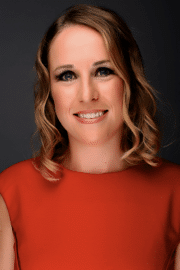 A boutique firm of external in-house counsel has launched an alternative business structure (ABS) in order to strengthen its non-lawyer management.

Its dual-qualified Australian managing director, who has practised in the UK for 10 years, praised the regulatory approach in this country as preferable to Australia for being “more conducive to legal businesses actually succeeding and thriving”.

London headquartered Cleveland & Co, which acts as an overflow for corporate in-house departments, received its ABS licence from the Solicitors Regulation Authority (SRA), effective from 1 August. The firm has been going since September 2012.

The head of legal practice and head of finance and administration, solicitor Emma Cleveland, said the ABS would give her the “flexibility to reward non-lawyers” that joined her team.

She added: “I just think ABS is a brilliant opportunity for smaller businesses that want to be in the regulated space that are trying to be a little bit different. It gives you the flexibility to be able to have strong management that aren’t lawyers involved in your business, which I think is important because lawyers are lawyers at the end of the day.”

She continued: “I think I prefer the regulation approach over here because I think it’s more conducive to businesses actually succeeding and thriving.”

Cleveland & Co acts for smaller companies “that don’t have any in-house counsel, so we are their team” and for “larger investment management firms”, for which it typically works on “strategic projects” and acts as an overflow for the in-house teams. It charges either a fixed fee per project or a monthly retainer.

Ms Cleveland, who has previously worked in-house with companies such as AIG and Aviva Investors, explained: “We are very much external. We are an external in-house team, so we use all of our client documentation, we embed ourselves in the business, liaise directly with all the business teams as if we are actually in-house in that company.”

She claimed the external counsel model had continuity advantages compared with temporary placements: “We continue to retain knowledge [of the clients’ way of working] rather than them having a contractor for three or six months and then losing the knowledge.

“One of the problems I used to have when I was working in-house in a global role was that I found it very difficult to find good people, good contractors, on a continually restricted budget having to keep my overheads low.

The firm has four staff and is currently recruiting a fifth. In addition to Ms Cleveland, they are a trainee solicitor, an ex-Linklaters paralegal, and a specialist in digital marketing. A German-qualified lawyer who has practised in London for more than 10 years is a consultant to the firm.

Ms Cleveland said she had no plans to seek external investment, although she had been approached on the subject. “I have reservations about taking true third-party investment because of all the implications of that, and how they drive different outcomes, create different stresses for something that is working for us at the moment.”

The firm received its ABS licence less than three months after applying. Ms Cleveland said: “I was very pleased with the process because I had heard figures of six to nine months… The chap I was dealing with at the SRA was excellent, and I was very much pro-active on my side in terms of responding quickly to e-mails and so forth.”