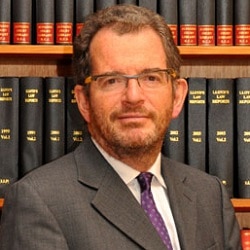 A law firm seeking the identities of people who posted negative reviews about it online would need to show it has suffered serious financial loss, a High Court judge has suggested.

Mr Justice Jay made the comments as he granted a declaration that the court could not try the claim for Norwich Pharmacal relief because there had not been valid service and it had to be brought in California anyway under the terms of using the Glassdoor website.

Glassdoor allows people to post reviews of employers. Leeds-based debt recovery law firm BW Legal Services began proceedings in a bid to discover who had left two reviews in 2021, one headlined ‘Avoid’ and the other ‘Need to acknowledge their toxic environment to truly improve a better environment’.

The firm argued that the reviews were defamatory and possibly in breach of the reviewers’ employment contracts, assuming they were existing employees.

Jay J noted that BW Legal Services had a score of 4.9 out of 5 based on 59 reviews on Glassdoor and that “on a number of occasions the claimant persuaded the defendant to remove reviews it said were inaccurate or potentially defamatory, and frequently sought to invoke, to its advantage, relevant provisions in the terms of use”.

The claim was served on Glassdoor Global Ltd (GGL), a separate UK company to the US-based website operator but part of the same group. GGL provides marketing services to Glassdoor but has no control over the site, nor any common directors.

Jay J found that, notwithstanding the “commercial nexus” between the two, the companies were legally separate. GGL was not Glassdoor’s representative in the UK, as its letterhead made clear, and Glassdoor’s business was not carried on from GGL’s offices in London. This meant serving the claim on GGL was invalid.

Further, the website’s terms and conditions required any claim to be brought in California. By ticking the box to set up a free account, the law firm had entered into a contractual relationship on that basis.

Jay J said he had to enforce this clause by staying the proceedings unless BW could show strong reasons for suing in England and Wales, which it could not.

As this disposed of the matter, he did not need to decide whether the master’s order should be discharged because the conditions for the grant of Norwich Pharmacal relief had not been fulfilled.

But the judge said he would “probably have concluded… that the claimant has not proved serious financial loss”.

He explained: “The first review was only online for approximately three weeks. Both reviews are somewhat tendentiously worded, the first more than the second, and prospective employees would understand that they were largely based on matters of opinion and perception.

“There is no evidence of serious financial loss and I do not think that in a case such as this it may be inferred, without more. Moreover, the contractual claim is as speculative as it is unattractive.”

But he stressed these were “no more than firm provisional conclusions”.