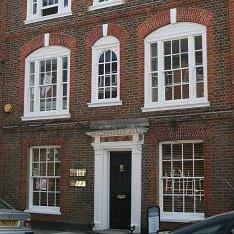 A law firm had to begin legal action to force a partner who had decided to leave to return the files she took home to work on during lockdown, it has emerged.

The High Court ordered Margaret Furniss to pay the costs of the application for delivery up of the files of eight clients – even though she had done so by the time of the hearing – because it had taken the action to make her comply with her fellow partners’ request.

The case, in early May, concerned what was then three-partner Marlow firm Gabbitas Robins. Mr Justice Fancourt recounted that it was a paper-based practice “not at the forefront of information technology developments”, and so when lockdown started in March, the partners took files home with them.

On 3 April, Mrs Furniss – the firm’s family law specialist – gave notice, as she was moving to another firm. Her last day of work was to be 22 May and she would cease to be a partner on 31 May. Partner Stephen Robins rejected Mrs Furniss’s request to notify clients at that time.

By 22 April, Mr Robins “had taken steps” to recruit a replacement family lawyer and asked for the files to be returned, saying he was willing to copy them so she could continue to work.

However, Mrs Furniss refused, saying she would return the files no later than 22 May, but that the partners were not entitled to have access to them before then.

She refused again in emails on 28 and 29 April after being told that Mr Robins and fellow partner John Gabbitas would otherwise apply to the court, which they did on 1 May.

Soon after, Mrs Furniss wrote what the judge called “a perfectly proper email” to her clients about her departure and their options.

On 4 May, Mrs Furniss indicated that she would return all the files and did so. At the hearing on 7 May, the partners sought their costs of the application and hearing.

Though the judge did not have to decide the point, Mrs Furniss’s barrister, Brie Stevens-Hoare QC, conceded that, as a matter of law, Mr Robins was entitled to receive the files.

Fancourt J said: “Mr Singla QC, on behalf of the applicants, submitted that as a matter of partnership law the position was entirely clear that each of the partners in the firm has a right to have access to the papers, including the firm’s files and that, as I said earlier, the motives of any partner in requiring to be given such access are wholly irrelevant.

“Those propositions of law are accepted by Ms Stevens-Hoare.”

She nonetheless submitted that, as a matter of discretion, the court should not order costs.

The judge rejected this, saying he was not persuaded that the application was unnecessary.

“It seems to me to be clear that but for the issue of the applications the files in question would not have been returned by Mrs Furniss to Mr Robins until 22 May 2020 or such earlier date as Mrs Furniss no longer had any need for them.”

Once it is was accepted that Mr Robins was entitled, for any reason, to have access to the files, “there was no basis on any ostensibly good reason, to refuse that request”.

The fact that Mr Robins offered to copy the files took care of the suggestion that his motive may have been to prevent Mrs Furniss from having any access to them at all.

“It is perfectly true that Mr Robins was not dealing as expeditiously with the question of informing the clients of the firm of Mrs Furniss’ departure as he could have been, and possibly should have been,” Fancourt J said.

“However, again, that that cannot of itself be a justification for Mrs Furniss refusing to allow Mr Robins access to the files…

“I therefore conclude that the application that was brought was necessary and not precipitate and in these circumstances this was a reasonable, though regrettable, application to have to bring. Mr Robins was, given the emails of Mrs Furniss on 28 and 29 April, left with no reasonable alternative.

“In those circumstances, in my judgment, the applicants should have their costs of the application.”