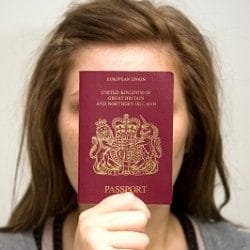 An alternative business structure that failed to carry out sufficient identity checks on conveyancing transactions has been fined £14,000 by the Solicitors Regulation Authority (SRA).

The SRA, which can fine ABSs up to £250m, said Northamptonshire firm Seatons Law admitted failing to run its business effectively and breaching the money laundering regulations.

The SRA said, in a regulatory settlement agreement, that the law firm was instructed to act for a seller under a power of attorney in respect of Property A in 2018.

Nobody at the firm met the attorney who was providing the instructions or the donor, or obtained photographic ID for the donor, but told the other side that it had the ID it needed.

The transaction completed in November 2018, with £45,500 being paid into a bank account in the name of the attorney, after payment of the remaining mortgage and costs.

The Land Registry refused to register the sale, in the absence of further information and completed ID1 forms in respect of the donor and attorney, and, as of this summer, the title has remained in the name of the donor.

The SRA said Seatons had, “with the assistance of its professional indemnity insurers, taken steps to rectify the position, which it anticipates will be possible”.

In a second transaction under the same power of attorney, the law firm was instructed by a third party, claiming to be acting on behalf of the attorney, to transfer Property B into the attorney’s name as a gift for no consideration.

There was again a lack of ID and no meetings with the donor and attorney. The SRA said there was “no evidence on the file” that the attorney had given the third party authority to act and it was not clear why the third party, who nobody at the law firm had met, was acting for her.

The Land Registry wrote to the firm in August 2018 “noting that the transfer was not for value, was in favour of the attorney and asking it to clarify how and why the attorney was able to benefit and to also lodge evidence that the donor had ratified the transaction”.

The SRA said “the donor, or someone purporting to be the donor” called the law firm and “stated that he did ratify the transfer to the attorney”, which was confirmed by email.

The law firm told the Land Registry that the donor was the husband of the attorney, who was voluntarily transferring the property.

However, in March 2019 the Land Registry contacted the firm again to say there had been an objection to the registration.

The SRA said Property B had been registered with the attorney but “applications were pending in relation to this title”.

In respect of a further property, Seatons was instructed to act for the same donor and attorney as the other two transactions to sell Property C for £330,000, and on behalf of the buyer and lender.

At this point the law firm obtained certified copies of both the donor’s and the attorney’s driving licences.

The same third party as was involved with Property B gave of a lot of the instructions, even though again there was still no evidence on the file that they had been given authority to act.

The firm received an email in March 2019 from “individuals purporting to be acting on behalf of the donor”, who stated in relation to both Properties B and C that the donor had been imprisoned abroad since January 2018 and that the power of attorney was fabricated.

The SRA said Property C remained in the name of the donor. The registration of new charges has been rejected by the Land Registry, and other applications were pending.

The SRA said the ID documents for the transactions had been certified by “a member of a place of worship”, who nobody at the firm had met and who did not confirm that they had met the donor and attorney.

Seatons also did not carry out adequate ongoing monitoring of the buyer in the Property C transaction and there was no audit trail to show the source of the funds that were used to pay the deposit.

The regulator said the law firm ignored ‘red flag indicators’, such as the clients being based in Luton when the firm was based in Northampton, instructions from an unrelated third party and a property transferred for nil consideration.

Seatons admitted failing to carry out adequate customer due diligence and to have an adequate money laundering policy in place, in breach of the Money Laundering Regulations 2017.

It further admitted failing to comply with its legal and regulatory obligations, failing to run its business effectively, failing to have effective systems and controls in place and identify risks.

The SRA said that, because the firm had an annual turnover of over £2m, the fine was calculated as a percentage of its turnover, which was just under £2.6m.

The basic fine of 0.9% of £2.6m, coming to over £23,000, was reduced by 40% for mitigating factors, such as assisting the SRA with its investigation, early admissions, corrections and commitment to providing a high standard of service.