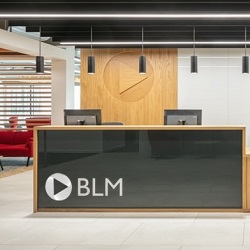 National law firm BLM has won a claim against a convicted sex offender it accidentally gave access to a vulnerable child’s confidential information and who then asked for money to delete it.

BLM brought the claim in the law of confidence together with its client, the chief constable of Kent Police, and they were granted an injunction to prevent Daryll Sturgess Taylor from dealing in the information.

Mr Justice Saini further granted an order requiring him to disclose what he had done with the videos of the minor’s arrest and police interview to which he had been inadvertently given access through BLM’s ‘Collaborate’ file-sharing system.

The judge also took what he said was the “unusual” step of ordering that an independent IT expert should ensure the videos were permanently deleted from Mr Taylor’s computer.

Mr Taylor sued Kent police for £390 relating to damage alleged to have been done to his front door by police officers when they entered his property to search for child pornography. He was arrested and later convicted and imprisoned as a result.

In the course of the civil claim, BLM gave Mr Taylor access to the cloud-based Collaborate system for disclosure purposes.

Through this, Mr Taylor was by accident able to download video files of the arrests, searches and interviews of the vulnerable minor, who was suing the police in an entirely unconnected matter.

The videos contained sensitive confidential information about the child.

BLM and the chief constable brought the claim because Mr Taylor refused to delete, or to explain his dealings with, the videos.

Saini J recorded: “He has instead sent what can fairly be described as somewhat bizarre responses including demands for monetary payment of several thousands of pounds, for his cooperation. The claimants call this, with some justification, a demand for payment of a ‘ransom’…

“He argued it was [BLM’s] fault that the material had been sent to him and they had no right to his assistance. He said that his financial demands were intended as a form of ‘mockery’ of [BLM].”

Mr Taylor is a “convicted sex offender”, the judge noted. “He has been convicted several times over a number of years for offences of possessing indecent images or pseudo images of children.”

He informed BLM about the videos he downloaded and, in response to the firm’s request that he delete them, he wrote: “You will make no demands of me. You are clearly the one in need of basic IT education. You should be sacked and BLM struck off… Get a court order, just in hopes [sic] a judge hears of this.”

In later emails, he demanded more than £4,000 in “fees” to delete the videos.

The judge said the privacy and confidentiality interests justified standard prohibitory relief, but the claimants were also entitled to additional mandatory relief in relation to disclosure and independent permanent deletion.

Mr Taylor strongly resisted the latter on the basis that it was a violation of his privacy and also a “waste of time” because it was very easy to hide things on a computer.

Saini J said: “I accept that the independent deletion order is unusual. I have no doubt however that as part of its equitable jurisdiction to give effective protection to confidentiality rights the court enjoys a power to make such an order in point of jurisdiction.

“Given the background of refusals to comply with reasonable requests, Mr Taylor’s personal history and IT sophistication, and the nature of the material in issue, I was persuaded an independent permanent deletion process is justified on the specific facts.

“Indeed, given the powerful oral opposition voiced by Mr Taylor to undertaking any form of deletion (and his assertions as to the ability to hide material), I became more persuaded as the hearing proceeded that further relief of this nature was necessary.”

He built in a safeguard to the order to limit the nature of the independent IT expert’s role so as to protect Mr Taylor’s “privacy interests”, directing too that the expert give an undertaking to this effect to the court.

The judge did not accept the claimants’ argument that Mr Taylor should pay for the deletion process.

“Even if Mr Taylor had behaved reasonably and deleted the videos without court proceedings, I consider as a basic information and data protection measure flowing from [BLM’s] error in allowing the data breach, it would have needed to independently ensure the effective and complete permanent deletion of the sensitive material, insofar as reasonable.”

Saini J endorsed his order with a penal notice given Mr Taylor’s repeated statements during the hearing that he would not comply with it.

A spokeswoman for the firm said: “This was a genuine error and BLM took swift action to rectify the mistake and ensure it does not occur again, including conducting a thorough internal investigation.

“We immediately informed all involved parties and notified the Solicitors Regulation Authority and Information Commissioner’s Office, with the ICO affirming this was a case of human error with no further action necessary.

“We have since taken action to address the matter and prevent similar situations in the future.”

In a separate development, BLM’s merger with Clyde & Co was confirmed earlier this week.

The combination will go live in July under the Clyde name. The enlarged firm will have a global revenue of over £700m per annum, a headcount of over 5,000 and offices in over 60 cities worldwide.