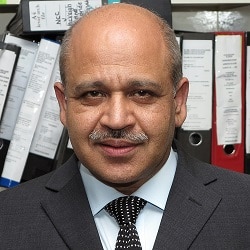 A pregnant paralegal was wrongly accused of benefit fraud by a leading criminal law solicitor who sits on the Law Society council, an employment tribunal has ruled.

Employment Judge Ahmed said Ash Bhatia’s belief that Elaina Brown was guilty of fraud “was neither a reasonable belief nor an honest belief” and she was the victim of pregnancy and maternity discrimination.

Mr Bhatia, a criminal defence specialist, is the Law Society council member for Nottinghamshire, a former president of Nottingham Law Society and managing director of Bhatia Best, a general practice which employs over 50 solicitors at three offices, the biggest in Nottingham.

The tribunal heard that Ms Brown was employed as a paralegal in the family law department from July 2016 to August 2017.

Ms Brown realised she was pregnant with her fifth child in March 2017 and told the firm the following month.

The tribunal recorded: “It was a difficult pregnancy. The claimant’s health deteriorated during the course of the pregnancy and she suffered from a number of pregnancy-related issues. Some of these entailed absences from work.”

Ms Brown had a pregnancy check-up at hospital on 7 August 2017 which overran, and Matthew Best, a director of Bhatia Best, took a client meeting for Ms Brown in her absence. Later that day there was an email exchange between Ms Brown and Mr Bhatia in which he related his concerns about her perceived unreliability to her pregnancy.

This was followed by a meeting the next day between Mr Bhatia and Ms Brown, after which Mr Bhatia telephoned the Department for Work and Pensions’ (DWP) fraud hotline. Ms Brown was dismissed the day after that.

This was confirmed in a letter a few days later which gave the reason for dismissal as “welfare benefits fraud” – attachment of earnings orders in her file referred to Ms Brown by her maiden, rather than married name of Shaw.

“You have made a false declaration and/or failed to report a change in your circumstances,” Mr Bhatia said. This was dishones and a criminal offence, he said.

The tribunal heard that Mr Bhatia had telephoned the DWP and Judge Ahmed said that from “two conversations” with “fairly junior” members of staff at the DWP, Mr Bhatia “formed a clear view” that Ms Brown had committed benefit fraud.

The judge said the tribunal did not find Mr Bhatia’s belief that she had committed a criminal offence was credible.

As a solicitor experienced in criminal law and benefit fraud cases, “he would be well aware that tax credits are not dealt with by the DWP but by HMRC. He must therefore have realised that he was speaking to the wrong administrative body”.

Further, he said: “The ‘evidence’ to support Mr Bhatia’s belief of criminal activity was flimsy to say the least. Mr Bhatia places reliance on conversations with two junior clerks, neither of whom incidentally have been called to give evidence as to the nature of the discussions, and neither of whom had the full facts before them.

“There is no evidence of any finding of fraud by either the HMRC or DWP and Mr Bhatia’s reliance on their words is unconvincing.”

He said that there was “no doubt” that Mr Bhatia knew that the claimant, who was recently separated from her husband, referred to herself as ‘Ms Brown’ rather than using her married name, which she was “perfectly entitled to do”.

The judge said that, in cross-examination, Mr Bhatia was asked whether he had reported the matter to the Solicitors Regulation Authority (SRA). He said he had not, but “perhaps on reflection” should have done.

“The reasons why he did not submit a report to the SRA were because he did not think that there was anything of a criminal nature to report. That accurately reflects his true thinking.”

Judge Ahmed said the case raised the question of “unreasonable conduct (as opposed to discriminatory conduct)” and “we have asked ourselves whether, even if Mr Bhatia was being unreasonable in his belief, whether his belief was nevertheless an honest and genuine belief as to benefit fraud”.

The judge said the issue relating to pregnancy and maternity under the Equality Act 2010 was “relatively straightforward” – whether Ms Brown’s treatment and dismissal was in any way because of her pregnancy or pregnancy-related illnesses.

Judge Ahmed said there was a “direct link” between Ms Brown’s pregnancy and her failure to attend the client meeting on 7 August, “which in turn led to her being reprimanded” and “in part” being called to a meeting the following day.

The judge gave a number of examples of unfavourable treatment experienced by Ms Brown because of her pregnancy, including criticism for pregnancy-related absences from work.

“We are satisfied that the claimant’s pregnancy was a relevant factor in Mr Bhatia’s decision to call her to what was effectively a dressing down meeting on 8 August and the decision dismiss.

“The reason why the claimant was being called to a meeting was for matters related to her
pregnancy and in part for her dismissal.

“Mr Bhatia’s perception (wrongly as it turned out) was that the claimant was frequently absent for all sorts of reasons including pregnancy-related reasons. On closer analysis, the number of days the claimant was absent was far less than those Mr Bhatia had assumed.”

The tribunal concluded that having failed to provide a “non-discriminatory reason for the treatment”, Ms Brown’s complaint of pregnancy and maternity discrimination succeeded.

It rejected her complaint of automatic unfair dismissal – as pregnancy must be the reason or principal reason for dismissal for this to apply, and here it was just one of the reasons – along with a complaint of direct discrimination which was already covered by the Equality Act claim.

Mr Bhatia declined to comment on the grounds of confidentiality.