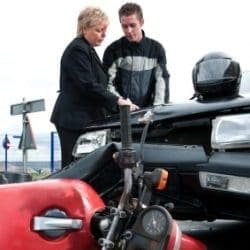 A law firm which faced a disability discrimination claim from a paralegal found to have doctored a document used to bolster his case has been awarded costs.

Employment Judge Roper said Mr Warwick had “acted unreasonably” in bringing the claim, and “deliberately and dishonestly doctored a document” to try and establish that he was disabled, thereby crossing the threshold for a costs order.

Mr Warwick had been a case officer at Patterson Law, which specialises in motoring offences.

Delivering the costs ruling, Judge Roper recounted that there was “no cogent evidence” that the claimant had ever suffered from a disability whilst employed by the law firm, despite his claims to be suffering from post-traumatic stress disorder.

He also found that Mr Warwick had “deliberately and dishonestly” altered the content of a ‘Study aid and study strategies report’ from Staffordshire University for an application for assistance with his CILEx exams, and then “dishonestly relied upon that same document in the preliminary hearing to seek to establish that he was a disabled person”.

This was a “serious abuse of process”, the judge said.

Patterson Law also alleged that Mr Warwick had published “false and defamatory” comments on his Facebook account which were “insulting and detrimental” to its reputation.

The judge said Mr Warwick ignored Patterson Law’s “clear costs warning letter”, explaining why his claims had no chance of success and offering him the chance to withdraw them without paying costs.

He added the costs order should take into account a further claim made by Mr Warwick for breach of contract, even though he withdrew it at least six weeks before the hearing, which was not “of itself unreasonable”.

This was to take into account the paralegal’s conduct “through these proceedings generally”, which included a “deliberately inflated valuation” of his potential claim.

He valued the claim at around £14,000, whereas the law firm’s counter-schedule of loss indicated that the claim could be worth no more than about £350.

“The respondent was then put to the time and costs of preparing a detailed response to this remaining overinflated claim, which commitment was wasted when the claimant decided to withdraw.”

The judge rejected this last month, on the grounds that there was “no reasonable prospect of the original decision being varied or revoked, and it is not in the interests of justice to allow it”.