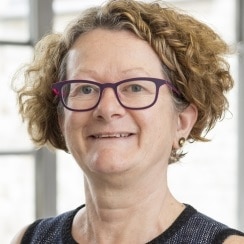 Well-known law firm Leigh Day has hit back at criticism from “trolls” after it advertised solicitor apprenticeships for six black students of Afro-Caribbean or African heritage.

The students need to have completed A-Levels in London to a good grade level.

Managing partner Frances Swaine said Leigh Day “champions workplace equality”, and was using the Equality Act for a “time-limited” period to tackle the problem it has had attracting African and Afro-Caribbean applicants.

“We’ve been trying over the past 10 years and particularly in the last three to recruit using our ordinary processes a much more diverse group of trainees and specifically including African and Afro-Caribbean applicants,” she said.

“We’ve been very unsuccessful. This has led to a complete imbalance internally in comparison to the London population and that’s in a firm that is hugely diverse. So we are using the Equality Act for a one-off positive action to try to address that balance.”

She said the Act allowed employers to “correct an imbalance”, although she acknowledged that this use of it was untested.

Ms Swaine said the negative reaction the initiative had attracted online was because it was Leigh Day. “We are not the only firm doing it, I think. It’s always Leigh Day that gets the comments but actually Freshfields is doing this with their Stephen Lawrence scholarship.

“We’re not so out on a limb – it is just we’ve attracted the trolls. But alongside that we’ve also had some wonderful comments from the judiciary, from government departments, from barristers saying this is just the way to use the Act.”

The scheme is aimed at first-year law students, and some other students at a small group of universities. It provides the opportunity to work with lawyers and other professionals from Freshfields, Goldman Sachs and the Bank of England.

Scholars also receive interview coaching, mentoring, a contribution towards study-related costs, and the opportunity to apply for a training contract at Freshfields.

Leigh Day is a signatory to the Recruitment and Employment Federation’s good recruitment charter, uses Rare’s contextual recruitment system to support diversity and social mobility within its graduate recruitment process, and is a Stonewall diversity champion.

In addition, the firm has committed to voluntarily publish ethnicity pay data alongside its gender pay report from next year.

Chief executive Lee Ranson said: “We want Eversheds Sutherland to be a firm which reflects the world in which we live and work, and where opportunity is available to the many and not the few.

“Recognising the challenges often faced by the BAME community we are setting targets, as we have in other areas, to bring accountability and transparency to the success of our programme to build a more ethnically diverse workforce.

“We will continue to appoint the best people for all our roles but want to ensure we have removed any barriers which could discourage BAME candidates from applying or being successful.”

Partner Naeema Choudry, ethnicity network co-lead, added: “By challenging our UK practice to focus on this important issue, we hope to see real and meaningful change. Data from the Solicitors Regulation Authority has shown the challenge that we face across the whole legal sector to be ethnically diverse.

“Each firm has an individual role to play but making a wholesale shift will require us to work together across the sector.”

Last year, Eversheds became a signatory to the Race at Work charter launched by Business in the Community, and partnered with client Wincanton to offer five BAME law students week-long work placements. The same scheme is running this month.

The firm said that, in 2019, 30% of its vacation scheme applications were from BAME candidates, 26% of whom were successful in securing a place – a 10% increase on the previous year. Further, BAME candidates comprise 18% of its 2020 training contract intake.

It too uses the Rare system, and has appointed a BAME ‘champion’ for each of its target universities in the UK to work with its campus teams on strategy.

Eversheds also runs the Unlocked programme, who over a decade has given more than 1,000 students from lower socio-economic backgrounds access to coaching, mentoring and work experience as well as financial support through its charitable trust bursary scheme.