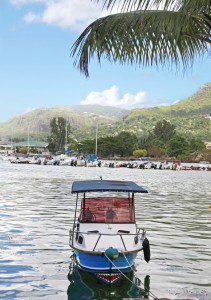 Seychelles: solicitors had business registered there

Two partners of a former Yorkshire law firm have been fined by the Solicitors Disciplinary Tribunal for their involvement in stamp duty land tax (SDLT) avoidance schemes.

Richard Chan and Rajob Ali of Harrogate firm Abode Solicitors – which the Solicitors Regulation Authority shut down in October 2013 over accounts rules failures – were fined £15,000 each by the tribunal, which is at the higher end of the fines usually handed out.

It found that they had not acted in the best interests of their clients, not provided a proper standard of service, failed to act in a way that maintains the trust the public has in solicitors and the provision of legal services, failed to run their business effectively and failed to protect client money and assets.

The tribunal heard on how the pair operated various SDLT avoidance schemes for house buyers. They advised clients on the avoidance scheme through their own separate Seychelles-based business, which took a commission.

It found Mr Chan and Mr Ali liable for 20 breaches, which included failing to act in the best interests of clients, acting where there was a conflict or significant risk of conflict between clients, numerous accounts rules breaches and failing to comply with undertakings.

The two solicitors have 21 days from the publication of the tribunal’s written judgment to appeal.

Last week Legal Futures reported on a regulatory settlement agreement the SRA struck with Surrey law firm Mundays over its involvement in SDLT avoidance schemes, although in that case they were not the firm’s own schemes.