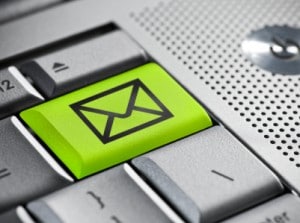 A paralegal who took sensitive information from his employer when moving to a rival law firm was convicted of a criminal offence under the Data Protection Act this week.

James Pickles was prosecuted for illegally taking the information of over 100 people before leaving Jordans Solicitors in Dewsbury, Yorkshire in April 2013.

The information was contained in six emails he sent in the weeks before he left the firm. The Information Commissioner’s Office (ICO) said Mr Pickles had hoped to use the information – which included workload lists, file notes and template documents but still contained sensitive personal data – in his new role.

Appearing at Bradford and Keighley Magistrates Court, the 29-year-old was prosecuted under section 55 of the Act and fined £300, ordered to pay a £30 victim surcharge and £438.63 prosecution costs.

ICO head of enforcement Stephen Eckersley said: “Stealing personal information is a crime. The information contained in the documents taken by James Pickles included sensitive details relating to individuals involved in ongoing legal proceedings. He took this information without the permission of his former employer and has been rewarded with a day in court and a substantial fine.

“Employees may think work-related documents that they have produced or worked on belong to them and so they are entitled to take them when they leave. But if they include people’s details, then taking them without permission is breaking the law. Don’t risk a day in court.”

Unlawfully obtaining or accessing personal data is a criminal offence under section 55, and is punishable by a fine of up to £5,000 in a magistrates’ court or an unlimited fine in a Crown Court. The ICO has been lobbying for more effective deterrent sentences, including the threat of prison, to be available to the courts to stop the unlawful use of personal information.