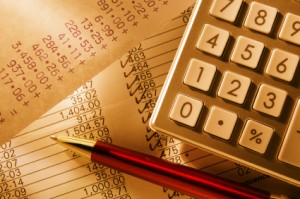 Scrapping the ban on solicitors referring clients to tied financial advisers would “make them prey to every tied or multi-tied product salesperson in the land”, leading to massive claims on the compensation fund, the Solicitors Regulation Authority has been warned.

Currently solicitors can only refer clients to financial advisers defined as independent by the Financial Services Authority (FSA), but the consultation aims to reflect changes brought about on 31 December 2012 by the FSA’s retail distribution review (RDR).

In the consultation, the SRA recommends that this requirement be dropped and that solicitors would instead have to ensure that the client is involved in the decision-making process that goes into any referral.

SIFA said: “The reality, however, is that neither solicitors nor their clients are equipped to undertake effective due diligence on financial advisers, and the Equitable Life debacle demonstrates that they are likely to succumb all too easily to the blandishments of the tied salesperson.”

It also accused the consultation of totally ignoring principle 3 of the SRA Code of Conduct, that solicitors must not allow their independence to be compromised.

Instead SIFA called on the SRA to adopt the option in the consultation which would essentially retain the current position. “This is the only option which preserves the requirement for independent advice, which has for long been a core principle for the solicitors’ profession,” the response said.

It also countered suggestions – including from an SRA board member – that many financial services firms which are currently described as independent may not be able to do retain that label after the RDR because they are unable to advise on a sufficiently broad product range. “This assumption is in fact wrong, the FSA having specifically moved… to reassure firms that business specialisation need not be a bar to independent status.”

Launching the consultation, SRA financial regulation policy manager Agnieszka Scott said: “In outcomes-focused regulation, the solicitor should make a judgement as to what is in the best interest of the client. Changes in the financial market and the definition of advisers means an adviser could not be classed as independent but still provide the client with the relevant choice of financial options.

“Solicitors, as highly qualified professionals, should be free to assess and discuss clients’ needs, not be restricted by a prescriptive rule.”

SIFA also registered its protest at the consultation lasting just six weeks, noting that it took nearly four weeks from the SRA board approving it for the paper to be published.