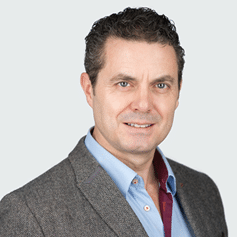 A firm of financial advisers has launched an alternative business structure (ABS) to provide its clients with legal services which it claims are faster and “at least a third cheaper” than those from traditional law firms.

David Batchelor, founder and managing director of chartered financial advisers Wills & Trusts, said his clients told him that solicitors “only get things done when they are prodded” and were particularly bad at “active communication”.

He said the Wills & Trusts Group, which employs 54 people at two offices in Oxfordshire and Leicestershire, was unusual in being 25% owned by clients and 75% by staff.

The ABS, Wills & Trusts Solicitors, launched last month. Mr Batchelor said there were not many law firms owned by their clients.

Mr Batchelor set up Wills & Trusts financial advisers in 1992, using a £9,000 legacy from his grandmother.

He said that when his grandmother, who left an estate in London worth around £600,000, and before that his grandfather died, a bank charged £15,000 plus disbursements for handling their estates.

“It made me think that there must be a better way of doing things.”

The “initial plan” for the ABS emerged back in 2018 because there were “very few firms of solicitors” that met his criteria.

When it came to probate, Mr Batchelor said he had “never had a letter” from a client praising the service provided by a solicitor.

“Clients always say that solicitors only get things done when they are prodded. There doesn’t seem to any form of active communication.”

Mr Batchelor said that along with the lack of regular updates, solicitors failed to explain the probate process clearly enough.

The other problem was fees, with clients receiving “no proper indication” of what they would be charged, apart from a reference to hourly rates.

He said it was never the intention to launch Wills and Trusts Legal during a pandemic, but it meant the business was “one of the few firms hiring rather than laying people off”.

Solicitor Sophie Cisler is the firm’s head of legal practice, with practice manager Phil Plant the head of finance and administration. The ABS has three paralegals and another solicitor is being recruited, although Mr Batchelor said it was “difficult to find lawyers who match our cultural fit”.

Mr Batchelor said he believed the ABS could provide a probate service that was “quicker and cheaper” than conventional law firms, “at least a third cheaper”. When one of its clients passed away, Wills & Trusts Solicitors “knew the family” and understood their needs.

Wills & Trusts Accounting will be launched in September. “It is obvious to us that we can do things faster and cheaper. There are big advantages in a one-stop shop, where a lot of the cost and hassle can be saved.”

Mr Batchelor said his firm, which is based in Thame and Ashby-de-la-Zouch, wanted to open another office in Henley-in-Arden, Warwickshire, depending on the situation with Covid-19, in September.