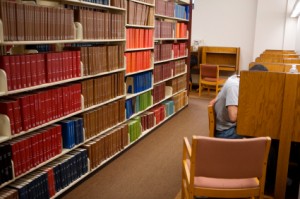 Completion of the much-anticipated Legal Education and Training Review (LETR) has been delayed, it has emerged.

The academic team compiling the report after 18 months of research and consultation was meant to have delivered it by the end of 2012.

A statement released on Friday said: “The LETR research team is currently in the process of finalising the LETR research report, which was commissioned by the Bar Standards Board, ILEX Professional Standards and the Solicitors Regulation Authority in 2011.

“Given the weight of evidence and in consideration of the importance and complexity of the review, the commissioning regulators have agreed to allow the LETR research team more time to finalise the report. A date for publication will be issued shortly.”

Legal Futures understands that a draft report was submitted last month but was not as complete as the research team wanted due to the size and complexity of the evidence base. There is no disagreement about the actual recommendations.

The possibility of slippage was flagged up as early as October 2011 by Sir Mark Potter, co-chairman of the LETR’s consultation steering panel.

The LETR will struggle to meet the expectations of its many stakeholders, given that some believe the current framework simply needs improving upon – particularly to encourage new paths to qualification – while others think there needs to be more radical reform to reflect the legal market of the future, rather than of today.

Speaking in November, SRA chairman Charles Plant said that to improve mobility, the review needs to go further than tinkering with the current regime.

“What strikes me about some of the responses to the LETR to date is that some contributors fail to appreciate that the legal services market is developing at a great pace. It is simply not good enough to draw up a list of changes which could beneficially be made in the context of the current state of affairs. We have to address in this exercise the legal market place of the future and explore how the role of the traditional lawyer will change.”