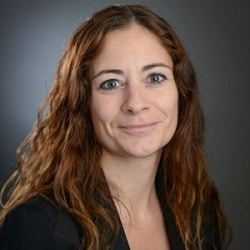 Markham: Need to take lack of diversity in senior roles

An association for female family lawyers will be launched next month, embracing all levels of seniority from High Court judges to paralegals, with the immediate aim of creating a national mentoring scheme.

Founding chair Hannah Markham QC said among the longer-term goals of Women in Family Law (WiFL) were the promotion of women “from all backgrounds” to senior roles and funding to support those “less able to access the profession”.

Ms Markham, based at the 36 Group in Gray’s Inn, said there was a need for a new association despite the existence of the Family Law Bar Association, of which she is vice chair, the Association of Lawyers for Children, Resolution and other groups.

Writing in Counsel magazine, she said that despite the achievements of women over the past 100 years, “women still fail to attain the sort of recognition and success that their male counterparts seem so effortlessly to attain.

“Why do we continue to struggle to see women sitting at higher levels of the judiciary? Female silks are still such a low percentage of the yearly numbers and women of colour are vastly under-represented in senior roles throughout our profession.”

It was, she said, “vital that we tackle the lack of diversity in senior roles”.

Ms Markham went on: “Our aim is to create a national mentoring scheme, taking guidance and learning from the impressive groups already in existence and sharing what works and what does not.

“I am delighted to share that a number of High Court judges and senior circuit judges have pledged their support to our mentoring scheme, along with women in senior roles across chambers and law firms.”

The barrister said the forum would provide a platform “to challenge bias, to support those who feel financially excluded from the profession, and to develop networks of support in the courtroom, office and beyond”.

She said the inspiration for WiFL came in an email from a colleague who asked her to consider the idea of an association to support “all women who practise in family law”, following the example of Women in Criminal Law.

She said she “very quickly” recruited Mrs Justice Judd, Vanessa Meachin QC, based at 3PB, Katie Rayden, director of Raydens Solicitors, and Simone McGrath, a consultant at Osbornes Law and vice-chair of WiFL.

Ms Markham said there would be a “very clear emphasis” on wellbeing and supporting those with mental health issues, working with Mind and the Bar Wellbeing Group and “drawing on lived experiences to help those in crisis”.

A launch party is taking place in Gray’s Inn on 13 March.