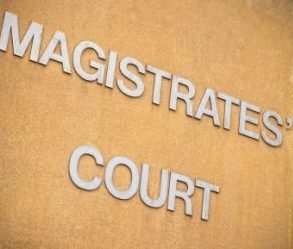 Criminal advocates unable to accommodate courts’ extended operating hours (EOH) – who are disproportionately women – are likely to miss out instructions even though they can ask for hearings to be held during regular hours instead, research has warned.

More than seven in 10 advocates taking part in the survey, which was organised by the group Women in Criminal Law, said they feared losing instructions if they were unable to operate within EOH and earning less as a result.

The poll of 480 people – mainly barristers and solicitors – found overwhelming opposition to EOH, which are being trialled in seven Crown Courts across the country. The survey was open to anyone and 73% of respondents were female.

Only 12 respondents supported them, citing the chance to resume earning as the main reason. A further 25 were neutral about the idea.

Under the trial, courtrooms run ‘shifts’ from 9am to 1pm and/or 2pm to 6pm, with some courts also running a regular list. Some magistrates’ courts are also operating longer hours, and dealing with non-urgent bail matters, including trials, on Saturdays.

Nearly half of respondents who regularly appeared in the magistrates’ court reported that, since the easing of lockdown restrictions, they have encountered late sittings, sometimes past 6pm and at the weekend – even though there has been no formal consultation with the profession on this. Women in Criminal Law dubbed this “EOH by stealth”.

Some 42% of female respondents to the survey described themselves as primary carers, compared to 32% of male advocates.

The impact on childcare arrangements was the main reason women gave for their opposition, although across the whole sample the impact of work/life balance nudged ahead as the biggest concern.

“The suggestion that primary carers can ask for their cases to be heard in the ‘normal hours’ courts in the Crown Court is not sufficient to ameliorate these concerns,” the report said.

“It is already becoming clear from discussions with our members that many courts are unwilling to take the availability of advocates into consideration.

“A scheme that excludes some advocates, who are more likely to be women, from certain work is undoubtedly discriminatory.”

Women in Criminal Law said its members felt that those making the decisions around EOH did not have a sufficient understanding of their working practices.

“Criminal practitioners already work extended hours. Outside of court, they are preparing for cases the following day, holding conferences with clients, speaking to counsel or instructing solicitors and dealing with the administration that accompanies a significant caseload.

“Our solicitor members are attending the police station at all hours of the day and night. Put simply, the vast majority of criminal practitioners have no more hours left to give.”

The group noted that the availability of flexible childcare was currently limited due to Covid-19 and, in any event, most forms of childcare which offered flexibility, such as nannies, were “beyond the financial means of most criminal practitioners, particularly at the junior end”.

Nearly 35% of those who answered the question said they anticipated having to leave their current position or amend their current work arrangements as a result of EOH.

The findings are in line with research published in July by the North Eastern Circuit Women’s Forum, which found that 55% barristers would consider leave the Bar if the courts adopt EOH, warning that they could set back female barristers’ progress by 50 years.