Fees up but profits down as firms struggle with productivity, says report 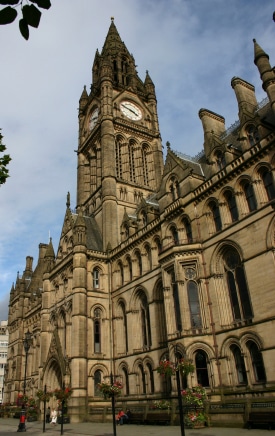 Profit per equity partner (PEP) is down by 10%, although other performance indicators are up, according to an influential benchmarking report of SME law firms, published today.

The highest median-earning firms were located in the North East and North West of England – reaching £912,000 in fees per equity partner – while those in Scotland made just £412,000

Mr Mowbray said: “If firms could bill all of the time worked at their headline rates, then fees earned and profits would go through the roof.”

On profit, he said: “It is amazing how many firms focus too much on fees earned and time recorded and not enough on profit.

He also said non-traditional law firms may present a threat to established firms: “If these new entrants are more focused on the needs of clients and in delivering a differentiated service, then traditional firms might not be able to rely on the loyalty of their clients for a great deal longer.”

Equally, younger lawyers were more demanding about ‘agile working’: “Firms need to embrace these changes and see it as an opportunity to build a firm that is going to be competitive in 10 years’ time.

“Investing in technology and smarter processes is key if lawyers are to be free to focus on the higher value that they can bring to a client matter.”

Median lock-up across all sizes of firms was slightly down at 101 days, four days less than last year. But the figure masked big differences between best and worst.  The top 25% averaged 69 days while the bottom 25% averaged double at 138 days.

Dave Weaver, Natwest’s new head of professional services, said: “Although fee increases are promising, it is too easy for firms to focus on fees earned as opposed to PEP… improving efficiency should be front and centre of our thoughts.

“A focus on productivity and exploring different ways of working represents a real opportunity for the sector, which has tended to lag behind others in terms of investment in technology and embracing AI.”

Mr Mowbray added: “Productivity is definitely the issue and to avoid time being written off there needs to be a change in culture and behaviours around matter planning, the way that work is done and the way that firms engage with their clients so that clients get what they want and are willing to pay for the services delivered.”