Fees fall for conveyancing and powers of attorney but rise for family work, LSB report finds 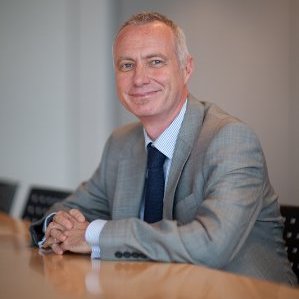 Fees for conveyancing and lasting powers of attorney have fallen over the past two years, while they have risen for family work, a report by the Legal Services Board (LSB) has found.

The report also revealed that only 18% of law firms publish prices for any of their work in these areas on their websites – an improvement of only 1% on the LSB’s finding in a similar report two years ago.

The survey, by OMB Research and the LSB, was based on prices quoted by almost 500 firms in each of the three areas of conveyancing, family and wills, trusts and probate.

Researchers highlighted a geographical divide in fees, with firms based in the South East unsurprisingly a third more expensive than those based elsewhere in the country.

On conveyancing, the LSB found that the average quoted price for a freehold purchase had fallen by 6% to £705 and for a leasehold purchase by 7% to £803.

Researchers said the fall in fees had taken place “in the context of relatively stable overall demand for conveyancing” and increased use of fixed fees.

The LSB said consumers wanting the lowest conveyancing quote should look for fixed fees, a firm based outside the South East, and one made up of licensed conveyancers rather than solicitors.

Only 8% of firms advertised any prices for conveyancing services on their websites, and 77% had no current plans to do so, despite the push for greater transparency following last year’s Competition and Markets Authority recommendations.

On wills and probate, the LSB said the average fee for a lasting power of attorney had fallen by 15% since 2015 to £363, at a time of increasing demand.

As with the two other areas, researchers there could be “large potential financial savings” from shopping around, with a £186 difference between the higher and lower quartiles of quoted prices.

Only 18% of firms advertised any prices for wills or probate services, and 62% had no current plans to do this.

Researchers found that prices for family work had increased significantly since 2015. The average quoted price for an uncontested divorce with arrangements for children rose by 10% to £1,045, for a divorce needing mediation by 12% to £1,803 and for a divorce with disagreement over finances by 16% to £2,911.

The LSB said the price rises came at a time of increasing demand for these services, and the most popular reason given was the increased cost of staff and other overheads.

Only 11% of firms advertised any prices on their websites and 64% had no plans to do so.

The LSB said the results of the survey suggested that “more providers have stopped displaying prices than have started to display them” in the gap between the two surveys.

“Given the extent of variation in prices, it seems unlikely that those providers with the highest prices could justify those prices in terms of providing a service that is so much better than other similar services that it is worth three or four times the price of another service.

“That there is such a wide spread of prices by region in all the scenarios suggests that there may be a series of geographical markets.

“However, there is evidence in the survey of firms providing services remotely, and therefore acting as a potential substitute for locally based providers. For the conveyancing segment, 44%-45% of providers indicated that they would provide the service remotely to a client.”

The LSB said that differences in average price were “not generally related” to how long a firm had been trading, suggesting there was “limited evidence” to indicate that new entrants to the market had lower average prices.

Neil Buckley, chief executive of the LSB, commented: “Previous research has shown that price is a key factor in determining whether or not individual consumers opt to use legal services and, if they do, which ones they choose.

“This research, however, demonstrates the need for more price transparency in the legal services market. This is why the current consultations by the legal regulators on how to achieve more and better information are so important.”

The Solicitors Regulation Authority revealed in September that it had widened the scope of plans to force law firms to publish prices from conveyancing, private client and divorce work, to personal injury, employment and motoring offences.