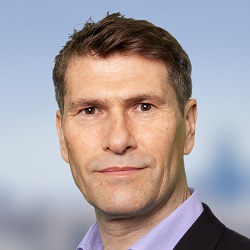 Spencer: Aim is to be biggest truly international fee-sharing firm

A consultant-led law firm has tripled the number of its lawyers in the UK to 90 during the pandemic and opened hubs in Exeter and Dubai as it targets rapid domestic and international expansion.

Mr Spencer said that by the end of this year the firm was likely to have 120 consultants in the UK, with up to 80 overseas.

The law firm launched a South-West regional hub in Exeter this month, which Mr Spencer said would be followed later this year by hubs in the North, probably Leeds, in the Midlands, probably Birmingham, and in Scotland, where the base would be Edinburgh.

The South West launch coincides with the arrival of a team of lawyers from Probert Legal, a commercial firm based in Exeter, including founders Edmund and Jo Probert and solicitor Lucie Biddick.

Spencer West already has offices in Brussels, Barcelona and Bermuda, and has launched in the Middle East by joining forces with Dubai-based firm Kashwani Law “on a combined approach targeting new clients and new recruits to build a high-quality full-service corporate, commercial, disputes and private wealth offering”.

Mr Spencer said further overseas offices were planned for the next six to 12 months in Dublin, Paris, Singapore and Hong Kong.

He did not envisage a US office opening until the end of 2022, by which time he envisaged Spencer West having anything from 150 to 200 consultants in the UK and a further 80-100 abroad.

Mr Spencer said the pandemic was not the sole factor for the recent growth of the law firm, which was already on a “steep upward curve”, but it was the single biggest influence and had produced a “sea-change in attitudes towards flexible working” and work/life balance.

“We’ve advanced by a decade in the last 18 months,” he claimed.

Mr Spencer said physical offices were important in providing a place where lawyers could “work, meet clients and dream up initiatives”.

Before Covid, the firm would “never have countenanced setting up offices in other jurisdictions without actually meeting anyone involved – it’s been an enormous change”.

The presence of foreign offices made the firm “very attractive” to lawyers who wanted an international dimension to their work and, with the domestic hubs, helped “set it apart” from the competition.

Mr Spencer began his career as a barrister, before becoming a solicitor, working for US firm Morgan Lewis and setting up Spencer Lufia in 2010.

He was joined by managing partner Antoine West in 2017 and the firm became Spencer West.

Mr Spencer described Spencer West as “community-based” and “values-driven” and said it had an active pro bono scheme, while consultants were appointed as directors of community engagement, welfare and wellbeing, and collaboration and communication.

We reported in April that US dispersed law firm Rimon had entered the UK market with plans to expand rapidly and challenge the likes of Keystone Law and gunnercooke. It too has been expanding internationally.