FCA will have power to cap personal injury CMCs’ fees 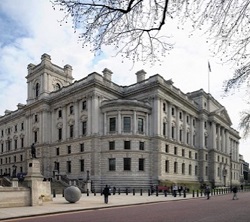 Treasury: CMC regulation will not be widened

The Financial Conduct Authority (FCA) will have the power to cap the fees of personal injury claims management companies (CMCs) even though the government “does not currently believe there is a need”, the Treasury has confirmed.

The Treasury ruled out extending the scope of CMC regulation to “additional sectors”, such as cavity wall insulation, aviation and timeshares.

Responding to a consultation on the secondary legislation needed to transfer CMC regulation from the Ministry of Justice’s Claims Management Regulator to the FCA next April, the Treasury said two of the “key themes” to emerge from comments were personal injury fees and cold calling.

The Treasury said the government “does not currently believe there is a need for a cap on fees in relation to personal injuries”.

It said different types of CMCs managed claims in different ways. “In the financial services claims sector, CMCs tend to represent clients in making a claim and charge them directly for this service.

“CMCs dealing with personal injury claims typically focus on marketing activities and refer clients to lawyers. However, the government understands the market could change in future, which is why the FCA has been given a power to cap fees more widely.”

The Treasury said the Solicitors Regulation Authority would have the “same fee capping powers as the FCA”, along with the duty to restrict fees for financial services claims, and the “interim cap” on fees for PPI services applied to both CMCs and law firms.

On extending the scope of regulation beyond the MoJ scheme, the Treasury said: “A number of responses suggested that additional sectors should be added to the scope of CMC regulation, particularly in relation to claims for cavity wall insulation, aviation and timeshares.

“The government believes that regulation should be proportionate and further work is needed to understand whether these claims sectors should be regulated in future.

“The government does not want to delay the transfer of the existing regime to the FCA and therefore will maintain the scope as set out in the consultation paper, but with a view to further consider whether new sectors should be within the scope of regulation in a future statutory instrument.”

The Treasury said “a number of responses” suggested credit hire firms and medical reporting organisations should be included in the scope of FCA regulation but the government believed these “separate” issues were being tackled through “other work”.

There were also some concerns from respondents about the “volume of cold calling in the claims management sector and the use of data from cold calls”.

However, the Treasury said a ban on cold calling by CMCs without “prior consent” had been introduced in the Financial Guidance and Claims Act 2018, and where personal data was obtained through an unlawful call, its “further use” was banned by the Data Protection Act 2018.

In addition, the FCA was consulting on rules requiring CMCs that bought leads from third parties to carry out “due diligence”.

The Treasury said that “overall” the 51 respondents to its consultation agreed to its proposal to introduce “multiple permissions” depending on the specific activities and sectors CMCs operate in – the biggest change from the current MoJ scheme.

Respondents also “generally agreed” that the temporary permissions regime set out in the consultation was “appropriate”.

The Treasury said that these two elements were incorporated in the draft statutory instrument, along with an express provision to remove any doubt that claims under section 75 of the Consumer Credit Act were included in the new scheme.

The FCA launched a separate consultation in June on its new rules for regulating CMCs. That consultation closes at the end of this week.