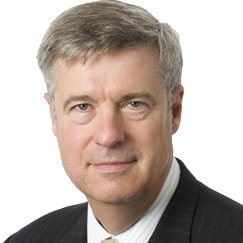 Since taking over regulation of CMCs on 1 April, it has reviewed over 200 CMC adverts in various media and said they must do more to ensure their advertising – formally called ‘financial promotions’ – does not mislead potential customers.

As a result, the FCA has issued a ‘Dear CEO’ letter to remind all CMCs of its financial promotions rules, banned an advert where a CMC appeared to be using a celebrity endorsement without the individual’s permission, highlighting concerns to individual CMCs, “resulting in many firms amending or withdrawing their adverts”, and visiting CMCs whose advertising was “particularly poor”.

The tougher FCA rules require CMCs to identify themselves as such, and prominently state if a claim can be made to a statutory ombudsman/compensation scheme without using a CMC and without incurring a fee.

They must also include “prominent information” relating to fees and termination fees which the customer may have to pay if it uses the term ‘no win, no fee’ or a term with similar meaning.

As well as failing to meet these criteria, the FCA said some adverts also appeared to give consumers the impression that they would get a better outcome if they used the services of the CMC than a statutory scheme, used case studies where the compensation provided to consumers was very high – even though the average amount was “considerably lower” – and included important information in small font or in a position that was difficult to see.

Jonathan Davidson, executive director of supervision – retail and authorisations at the FCA, said: “Many CMCs play a significant role in helping consumers to secure compensation.

“But CMCs using misleading, unclear and unfair advertising practices to get business is completely unacceptable. We won’t hesitate to take action where we consider that customers are being misled or otherwise treated unfairly by poor advertising.

“Firms should also understand that we will take their compliance with our rules on financial promotions into account when considering applications for full authorisation.”

The FCA said that, if it concluded that firms have used very poor promotions, they were unlikely to meet the threshold conditions for continuing authorisation, as a result of which it would set out what actions the CMC needed to take and by when to avoid having to close down.

The ‘Dear CEO’ letter, which went out in June, also highlighted a rising number of complaints about CMCs acting for their customers without getting their appropriate consent or completed letters of authority, submitting letters of authority and claims in fictitious customer names, and there being no relationship between the customer and the financial service provider receiving the claim.