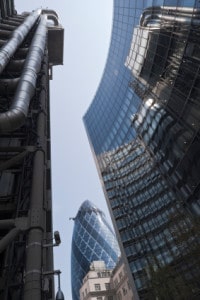 The Financial Conduct Authority (FCA) is to consult on whether general counsel and other in-house lawyers in banks, building societies and credit unions fall within its new accountability regime for senior managers.

Under the regime, due to start on 7 March this year, individuals with ‘overall responsibility’ for certain activities must be ‘pre-approved’ by the FCA to carry out ‘senior management functions’.

The regulator’s stated aim is to ensure they can be held accountable for misconduct and to raise standards.

In a statement this week, the regulator said that since publishing the final rules for the new scheme last summer, “significant uncertainty” had emerged regarding the legal function.

Although the role of lawyer was not included in its ‘indicative list’ of business activities and functions, responsibility for the management of the legal function was not excluded.

“We now recognise that some confusion exists in this area and our communications have not necessarily been sufficient to ensure that firms have full clarity,” the FCA said

“For example, when discussing this issue at events, we have sometimes talked about the activity of providing legal advice to a firm’s board – a task which would not automatically bring a general counsel within the scope of the new accountability regime. Rather we should focus attention on individuals having overall responsibility for a firm’s legal function.”

The FCA said there were “a range of opinions” on how desirable it would be for someone with overall responsibility for a firm’s legal function to be brought within new regime.

“For example, if individuals are approved for the role, we know that some industry participants are concerned about a possible perception that a general counsel might be required or pressured by regulators to disclose privileged information.

“We recognise both that uncertainty exists and that there is a need to consider the range of views as to what the scope of the regime should be in this particular area.”

The FCA said it planned to issue a consultation paper “openly seeking views on the pros and cons of capturing individuals with overall responsibility for the legal function within the regime”, but “there will not be time to consult properly on this before the regime comes into force”.

For the time being, some firms might not be in a position to make a decision, “with full certainty”, about whether or not they need approval.

“With that in mind, any firm that has sought to make a decision in good faith about whether or not the individual in question requires approval, on the basis of the published rules and our other communications, should not need to change their approach in the interim.”