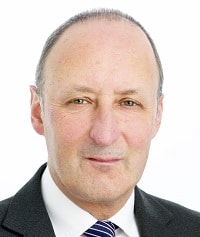 The government consultation on further reforms to personal injury will not be published until after the EU referendum and will be implemented in 2017, the civil justice minister indicated today as he gave no ground on the measures to be put forward.

Lord Faulks also gave an assurance that the government will work to ensure that insurance companies pass on the savings from the reforms to policyholders.

Speaking to the Association of Personal Injury Lawyers annual conference in Birmingham, the minister said the pre-election and referendum ‘purdah’ periods restricted what he could say, but he indicated that the release of consultations would not happen until after the 23 June referendum.

There had been speculation that the PI consultation – on raising the small claims limit to £5,000 and removing general damages for ‘low value’ whiplash cases – could be released after the local elections this week.

The measures will be introduced through a mix of both primary and secondary legislation, Lord Faulks said, “with the aim for them to be implemented in 2017”.

It is also looking all but impossible for the government to fulfil its ambition to introduce fixed costs in ‘low-value’ clinical negligence cases for October 2016, as the consultation first expected last autumn has still not been published.

Lord Faulks told the conference: “The government accepts that many personal injury claims are genuine, but there are also many fraudulent, exaggerated and trivial claims made each year. The level of compensation paid out for such claims is out of all proportion to the genuine injury suffered, especially when balanced against the effect they have on the premiums paid by ordinary motorists.

“Removing such claims from the system will help to tackle the disproportionate costs attached to dealing with these claims.”

Though praising the work of claimant lawyers and deprecating newspaper headlines about ‘ambulance chasers’, he highlighted statistics that despite the LASPO reforms, the number of motor claims remained more than 50% higher than there were a decade ago, “despite extensive improvements in vehicle safety and a decline in the number of reported accidents”.

Asked from the floor about the need for independent evidence on the level of proven, rather than suspected, fraud – and not relying on figures supplied by insurers – Lord Faulks agreed that there should be “robust data” but did not say whether the government was actively seeking it.

The minister provoked sceptical laughter from delegates when he said the government “fully expects” insurers to pass on the savings from the reforms through lower premiums. “We will be monitoring the effect of these reforms on the price of insurance and will consider further action if premiums do not reflect the reduced costs.”

Going off his prepared speech, Lord Faulks said the government shared the concern that insurers would not reduce premiums, but insisted that the competitive nature of the insurance market provided them with “significant incentives” to do so.

“You have my assurance that the government will be holding insurers’ feet to the fire on this,” he said.

However, his comments appeared to fly in the face of a statement by Treasury minister Harriet Baldwin earlier this year that the government would not seek to intervene in insurance pricing.

Reviewing existing reforms, Lord Faulks predicted that there would not be too many cases involving findings of ‘fundamental dishonesty’, and suggested that the main aim was to deter people from over-claiming.

He said the government was pleased with the work of MedCo one year in. “The system is currently being used by authorised users to source over 40,000 medical reports a month, and the MedCo board is able to analyse management information from the system to successfully identify a large number of attempts to circumvent the system by lawyers, medical reporting organisations and experts.

“This has resulted in a significant number of suspensions and in some cases removal from the system. I am also pleased to note the clear channels of communication that are developing between MedCo and the Solicitors Regulation Authority, which will, I’m sure, result in appropriate regulatory action being taken where necessary.”

Incoming APIL president Neil Sugarman said the government’s plans to plough ahead with its reforms were “baseless” and “frustrating”.

He said: “The government continues to give the impression that injuries which don’t attract a great deal of compensation, such as whiplash injuries, are somehow ‘trivial’ or ‘unnecessary’ and that people suffering with those injuries should not be allowed damages for their pain and suffering at all. But anyone who has had such an injury knows just how painful and debilitating it can be…

“Government figures show us that whiplash claims are falling and a whole raft of reforms have been introduced to reduce costs and help prevent fraud. But innocent and vulnerable people are still being targeted in what has become a game of numbers rather than of the needs of individuals.”