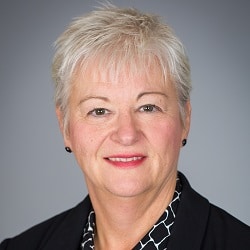 A fast-growing Welsh law firm is poised to make its first significant acquisition, which could give it a presence in England for the first time.

Harding Evans, which employs two full-time programmers, also launched its own conveyancing app earlier this year and is developing another for private client.

Chief executive Joy Phillips said the 10-partner Newport-based firm was looking for an acquisition target with turnover from £2m to £3m, and strengths in commercial work, private client, family and commercial property.

“This would be our first significant acquisition,” Ms Phillips said. “If a good practice came knocking on our door from somewhere like Cheltenham, we would look at it. It’s not a million miles away, and that would make it easier to manage logistically.”

Ms Phillips said that if the acquisition target was not nearby in England, it would have to be further into Wales, with Swansea an option. Harding Evans opened an office in Cardiff this summer.

The law firm launched its own conveyancing app earlier this year, developed by its two in-house programmers. The app allows clients to access documents and information on their transaction and check for updates on progress.

Ms Phillips said the app was particularly popular with its property developer clients and one of the benefits for the firm was ability to track how it was being used by clients and when – for example, activity is high between 7pm and 9pm.

“It also enables estate agents and other referrers to go into it at any time and find out where we are on a transaction.”

Ms Phillips said a new app was being developed for private client work, in particular will drafting.

She said one of the firm’s biggest departments was clinical negligence, but the decision had been taken not to make it a feature of the firm’s acquisition strategy because of the government’s plans for fixed recoverable costs.

“It’s important to get the structure right, so we can still make money, but we don’t want to push everything to the lowest common denominator, risking quality and reputation.”

She described the new rules, coming in next month, requiring law firms to publish prices on their websites as “long overdue”.

Ms Phillips, a non-solicitor with 35 years of experience in managing law firms, said she tried to encourage the idea a long time ago, but “everyone thought it was bonkers”. She said the key for firms was to know at which point they were making money.

“I think a lot of firms will struggle and pluck a figure out of the air without understanding if they can make money.”

She was less positive about the SRA’s new regime to allow solicitors to practise from unregulated firms, due to be introduced in April 2019.

“We all get frustrated by the level of regulation, but this will only add an extra layer of complexity for the consumer. I wonder if the risks of damage to the profession have been thought through.”

Ms Phillips said Brexit had created a “huge amount of uncertainty”, and the firm knew from its lender panels that the banks believed decisions about buying property were being put on hold.

“It’s stability that we need.”