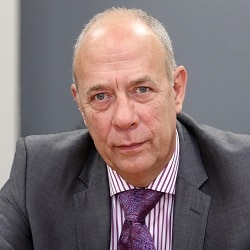 A virtual legal business based in the UK has launched what it believes to be the first global trade mark search, registration and watching service entirely run by lawyers.

Robert Taylor, chief executive and general counsel of The 360 Law Group, said lawyers could assess risks more effectively than the paralegals and other staff who ran most trade mark websites.

The 360 Law Group combines an alternative business structure called 360 Law Services to handle reserved legal work, with an unregulated firm, 360 Business Law, for everything else. The group launched a US subsidiary last year, 360 Business Law America.

Mr Taylor said the launch of 360 Trademarks earlier this month was a reflection of the growing importance of intellectual property and trade mark work for the group.

He said the website had taken eight months to build and used “cutting edge” artificial intelligence for its search function.

Businesses can search the database of 360 Trademarks to identify any competitor trade marks worldwide and then register their trade mark online.

The watching service identifies if anyone else is trying to register a customer’s trade mark, helping protect them against the threat of competitors registering similar marks and trading off their success.

“We’ve been providing more and more legal support to clients on patent and trade mark disputes around the world and wanted to expand the service to a wider audience,” Mr Taylor said.

“We believe this is the first trade mark service run solely by qualified solicitors and overseas attorneys that will search global trade marks and then register them correctly in the necessary jurisdictions.”

Customers can access the search facility for free to find out details of identical trademarks in the UK and EU, or they can buy more comprehensive search reports.

The 360 Trademarks service is available in a range of other jurisdictions, including Australia, Brazil, Canada, Switzerland and Nigeria.

Mr Taylor said the number of consultants working for the 360 Law Group had grown to almost 400 from over 200 at the start of the pandemic, while the number of countries where it operated has grown from 50 to 65.

“We’ve taken a massive leap which we were not expecting. It has all been driven by client demand. They have been expanding during the pandemic and increasing the number of countries they operate in.”

The group opened an office in Cyprus earlier this year, which would be followed by Australia in the first quarter of next year.

Mr Taylor said the opening of the Cyprus office was a direct response to Brexit, providing a representative office for clients wanting to trade in the EU.

He added that he believed many small law firms had “massively suffered” during the pandemic, while virtual or dispersed firms had “really grown as a result”.

Earlier this year Mr Taylor said a 220% increase in the cost of professional indemnity insurance for the regulated part of the 360 Law Group justified its combination of regulated and unregulated law firms.