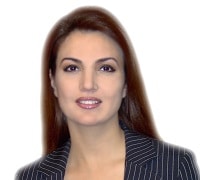 DBS Law, a fast-growing general civil practice based in Birmingham, has become an alternative business structure.

Davy Bal, chairman of DBS, said the firm had “grown dramatically from a small specialist personal injury practice to a major regional practice with a national reach”.

Since opening in 1999, DBS now has more than 80 lawyers and staff. It acquired Andersons in October 2013, giving it offices in Nottingham and Leicester. It has a fourth office in Smethwick. Mr Bal said the ABS structure presented “great opportunities for law firms”.

He went on: “We are not a traditional law firm – change is all around us and we wish to lead change. We see the changing market as a real opportunity”.

Mr Bal said he had “exciting plans to add a range of new services to our legal offering”, but could not disclose the details at this stage.

The personal injury department of DBS operates under the brand CTS Claims Today, and Mr Bal welcomed the marriage earlier this month in Pakistan of cricketer turned politician Imran Khan with Reham Khan (pictured), a former brand ambassador for CTS.

Mr Bal said Ms Khan presented 28 adverts for the firm between 2007 and 2011, and “her on-screen charm and engaging manner helped us to make CTS a household brand in the Asian community”.

Vicky Blodwell, director, has been appointed head of legal practice at DBS Law. Finance director Jonathan Haigh is head of finance and administration.

In a separate development, solicitor Mark Agate, a consultant at Spring Law in London, has been granted an ABS license for M2P Law. The license will be effective from early next month.

According to the Spring Law website, Mr Agate trained at Allen & Overy, worked in-house at the Tennis & Rackets Association, completed a postgraduate diploma in sports law and joined Spring Law in 2006, as a commercial and corporate lawyer.

He is described as having particular expertise in “handling fashion, luxury brand and sports clients”.