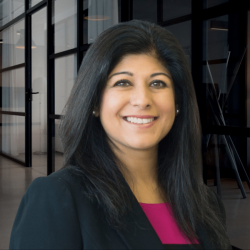 The managing director of a fast-growing employment law firm has predicted that there will be a post-pandemic “explosion” in workload – although it might have to wait until next spring.

Sole practitioner Jay Bhayani said a lot of employers were sitting on cases related to misconduct or poor performance, while a lot of workers were complaining about being forced by their employers to have a coronavirus vaccine.

When this was combined with the end of furlough, extended by Chancellor Rishi Sunak until the end of September, Ms Bhayani said there would be an “explosion” in employment cases, probably next spring.

One problem in dealing with them would be the “massive delay” that already existed for employment tribunal claims, with solicitors at Bhayani HR & Employment Law being given hearing dates “18 months to two years down the line”.

Ms Bhayani said her firm, based in Sheffield and with an office in London, had been so busy since the pandemic began that it had opened new offices in Leeds last summer and last month in Leicester.

“Although the work we do is very niche, during the pandemic because lots of businesses are under so much pressure, we’re called on much more much than normal.

“First it was people wanting to know about furlough, then it was an awful lot of redundancies, though there has recently been a bit of a reprieve.”

Ms Bhayani said she founded Bhayani HR and Employment Law in 2014, having been an equity and senior partner of a law firm in Sheffield, where she worked for 18 years.

After that she ran the Sheffield office of a Doncaster law firm for three years, with the employment department branded partly in her name. This led to a trademark dispute when she left, which took four years and a hearing at the Intellectual Property Enterprise Court before it was resolved.

She said part of the firm’s appeal for clients was that it offered both HR and employment law advice. This meant clients could get “the right advice for the situation they are facing”, whether it was “more preventative” HR advice or legal advice on the implications of taking a particular step.

“There are not many firms offering employment law and HR advice and it means we can offer a consistent and seamless approach.”

She said staff at the firm’s main office in Sheffield went into the office once a week, which was important to “give them a break” from working at home, which could be bad for mental health.

“Just because the technology is great, it does not mean that you can get the same kind of conversations that you get in the office.”

Ms Bhayani said that among the recent complaints she had received about being forced to have a coronavirus vaccine, one was from a pregnant woman who had been advised by her midwife and her doctor not to have one. However, her employer still insisted that she have it.

In other cases, employers had asked for proof that a member of staff had been vaccinated or asked staff who did not want the vaccine to sign a disclaimer.

She said it was “quite exciting” to see how the vaccination issue panned out, and what protection there might be for employees under the Equality Act.

Ms Bhayani, who has been vaccinated, said her view was that everyone should have the jab, but employees should not be forced to have one or risk losing their jobs.

She did not expect the firm to open any more offices this year, but she predicted that staff numbers would rise from 13, including four solicitors, to 20 by the end of the year.