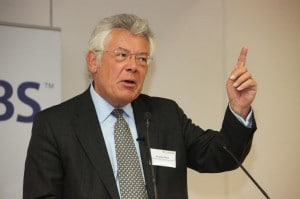 Plant: completes term at the end of 2013

The introduction of a lay majority on the board of the Solicitors Regulation Authority (SRA) moved a step closer yesterday after an advertisement for four new lay members and two solicitor members was published.

The SRA has also responded to criticism that the solicitor members of the board are too City focused by specifying that applicants for the solicitor roles must have “substantial experience of practice outside the large City commercial firms”.

A lay majority is a core requirement of the internal governance rules laid down by the Legal Services Board, and the SRA will be the last of the regulators to achieve it. It currently has nine solicitor members, including chairman Charles Plant, and eight lay members.

The advertisement also reveals that the SRA is moving to stagger reappointments to its board. The terms of the first board all ended in 2009, meaning an entirely new board came in on 1 January 2010, although two original members were reappointed for two years to ensure some continuity. They were replaced this year by lay member Jane Furniss and Moni Mannings, a senior partner at London firm Olswang; their terms run until the end of 2014.

Further, Professor Shamit Saggar was appointed as a lay member on 1 July 2011 to introduce parity of ordinary members ahead of the move to a lay majority.

Legal Futures understands that the rest of the board has been reappointed from next year, some for different periods, but it is not yet known who is staying on.

The term of SRA chairman Charles Plant, under whose control this process has been, ends on 31 December 2013.

The advertisement states that the core time commitment for SRA board members is 16 days a year. The remuneration is currently £8,500 per annum “but this is under review”.