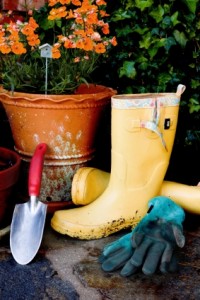 Gardening dispute: e-mail was not intimidatory

A barrister has succeeded in having a disciplinary case brought against him by the Bar Standards Board (BSB) struck out, with the argument advanced on behalf of the board dismissed by the judge as “fanciful”.

The bid to strike out the case had the pro bono backing of Sir Sydney Kentridge QC, who retired earlier this year, and Gerard Rothschild, a commercial barrister at Sir Sydney’s former chambers, Brick Court.

The barrister, ‘M’, was involved in a spat over a £395 gardening bill. The disputed amount was just £120. In correspondence, the gardener, ‘G’, and his father adopted an uncompromising and sometimes aggressive stance.

M was measured in response, but when they began small claims proceedings he pointed out by e-mail that he was a practising lawyer and warned that if they continued, they risked having to pay costs of up to £3,000 plus VAT at his hourly rate of £275.

After the litigation was settled, G and his father complained to the BSB. Its professional conduct committee referred the case to a disciplinary tribunal, charging that his statement as a litigant in person defending the claim was “misleading and intimidatory” and breached the Bar’s Code of Conduct as likely to bring the legal profession into disrepute. M applied to have the charge struck out.

The BSB argued before Mr Justice Baker that even if he could prove financial loss, under the rules for litigants in person M would only have been entitled to claim two-thirds of the cost of a notional solicitor acting on his behalf, rather than the rate of £275 an hour – and even then the chances of a court ordering a sum of £3,000 were remote.

Sir Sydney and Mr Rothschild countered that M’s alleged conduct did not justify a prosecution, denied his statement was misleading, and highlighted that he had been sent “aggressive and insulting letters”. It was possible that, if G’s conduct was found to have been unreasonable, M might have recovered costs at the level he had suggested, they said.

Ruling last week that the charge should be struck out, Mr Justice Baker found that not all aspects of M’s e-mail were accurate, but said: “Looking at the email as whole… I do not consider that any reasonable tribunal could consider that it was knowingly misleading and intimidatory, particularly in the overall context of the dispute and given the approach adopted by G and his father in correspondence.”

There were some crumbs of comfort for the BSB. Baker J acknowledged it was “appropriate for regulators to consider allegations of misconduct arising outside the professional’s work life”.