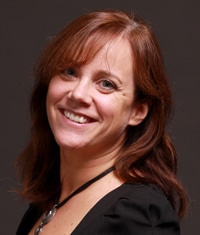 A family law practitioner from Wakefield is calling on solicitors, barristers and chartered legal executives to unite to promote to the public the benefits of lawyer mediators over non-lawyer competitors.

Clare Thornton, a partner at Thornton Jones, said that only by working together could the legal profession hope to compete with new entrants with major marketing power, like Co-operative Legal Services.

She has created The Lawyer Mediators Group, which will act as an online directory of mediators for the public, but she hopes that membership fees will generate funds to promote lawyer mediators’ services more widely, initially through marketing collateral but in time possibly press advertising. Membership costs £500 a year, although the first 50 lawyers to sign up will pay half price.

Initially targeted at family mediators, Ms Thornton said the site was created with the functionality to expand to cover civil mediation too.

However, new entrants will be able to outspend individual lawyers and firms, while non-lawyer mediators can charge lower fees because they do not carry the same overheads. “The problem for lawyer mediators is how to make it cost-effective – we can’t compete with non-lawyer mediators [on cost] but we shouldn’t try to because we’re the experts.” The group aims to explain that to the public.

The site also includes a members’ forum as part of the goal of providing a support network, training and professional practice consultancy for lawyer mediators across the country. Ms Thornton said the aim is to create “more of a cohesive group so we can help each other” and initially at least there will be no limitation on how many lawyers from a particular area can sign up.

In May, a group of 15 law firms in Yorkshire and the north-east joined forces with a specialist divorce coach and independent financial adviser to launch Dovetail Divorce Solutions, which they claim is the first fixed-fee collaborative divorce service. There are plans to expand it around the country.