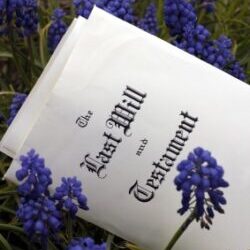 Will: Solicitor should have advised testator to seek independent advice

Two solicitors have found themselves in regulatory bother because of the involvement of family in the matters they were dealing with, one a property purchase and the other a will.

Both were rebuked in regulatory settlement agreements published yesterday by the Solicitors Regulation Authority (SRA).

In November 2020, Johnathan Hunter, a solicitor at West Midlands firm Higgs, acted for his step-sister, ‘Client A’, in the purchase of a residential property.

The completion monies were to be provided by Mr Hunter’s father, Client B, via a loan agreement with one of various companies of which he was a director and which were regular clients of Higgs.

Client B provided the loan agreement and Mr Hunter gave “some advice” on it. The money was transferred and the transaction completed.

The agreement said: “Higgs LLP became aware of this matter and conducted an investigation into the actions of Mr Hunter. This resulted in concerns about Mr Hunter failing to follow the firm’s procedures, failing to advise clients A and B, failing to make checks on the source of funds, and acting in conflict of interests.

“Additionally, there were concerns that some of the explanations provided by Mr Hunter to the firm during its internal investigation were inaccurate. However, there was no suggestion that any omissions in his explanations sought to intentionally mislead anyone.”

Mr Hunter admitted that he acted when there was a conflict of interest between his two clients.

He also admitted not following the firm’s file-opening procedures and that he dealt with the clients in “an inappropriate manner”, such as not providing Client A with a client-care letter, not “adequately” advising either client, and failing to obtain documentary evidence of the source of funds.

Further, “although he did not intentionally seek to mislead any individuals during the course of the internal disciplinary investigation into his professional conduct, he accepts that his conduct did result in others being misled”.

In deciding to issue a rebuke, the SRA said it took into account that the solicitor was “experiencing significant personal and health issues at the time of the relevant conduct which impacted upon his thought processes, judgement, decision making and quality of his work”.

That the transaction involved family members meant his “judgement and decision making” were affected, it went on.

In addition, it was an isolated incident and Mr Hunter has an otherwise clear regulatory history, while he has complied with the firm’s training and supervisory recommendations to ensure his work was effectively monitored.

The SRA noted too that he did not personally benefit from his actions and there was no adverse impact on any party.

Meanwhile, Paul Clough Ibbotson was a solicitor at Sheffield firm Metcalfe David Eyres in 2002 when he drafted a will on behalf of Client A, who died in 2018. The will appointed him as one of two executors.

Client A had been a friend of Mr Ibbotson for over 50 years at the time the will was prepared and left half of the residue of the estate to a family member of the solicitor.

However, despite the size of the legacy, Mr Ibbotson did not advise Client A to seek independent legal advice, nor did he cease to act.

In mitigation, the SRA said the conduct was “not intentional”, there was a low risk of repetition, Mr Ibbotson has no prior regulatory history, and he has shown “insight into his conduct”.

Describing the breach as being of “moderate seriousness”, the SRA said some public sanction was needed to uphold public confidence in the delivery of legal services.

But it acknowledged there was “no indication that Client A made their decision regarding the gift to Mr Ibbotson’s family member in any other way than voluntarily”, while the client’s capacity did not appear to be in question.

There was nothing to indicate that, had Client A appointed an independent solicitor, the distribution of the estate would have been any different, it continued.