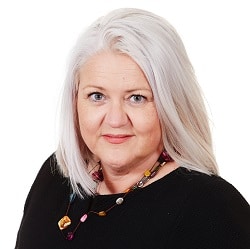 Harvey: Lockdown has taken its toll

Only half of family law professionals feel secure in their jobs right now, while a quarter are actively considering leaving the profession due to wellbeing concerns, major research has found.

A significant minority of those polled, 5%, reported experiencing suicidal thoughts or self-harm during the past year because of work-related stress.

Family law group Resolution surveyed more than 1,200 members to gauge their wellbeing. Most were solicitors, but nearly 25% were barristers and 5% legal executives, with the remainder a mix of mediators, paralegals, counsellors and financial advisers.

Nine in 10 respondents said they had experienced negative wellbeing issues as a result of their work.

Just 54% said they felt secure in their jobs right now because of the impact of the pandemic, with 27% worried about redundancy, a forced drop in hours or a significant fall in income.

“Yet it seems the changes to working practices and conditions have benefited some – 17% agree that their overall wellbeing has improved since the start of lockdown (though 58% disagree),” the report said.

Although 14% of respondents saw a decrease in work-related pressures and stress following the first lockdown, 74% felt they increased.

“The causes of this stress are wide-ranging. Unsurprisingly, high workload and long working hours are frequent issues, but by far the most common cause is client demands and expectations.”

Stress arising from delays and difficulties at the courts worsened during the pandemic, while enforced confinement and isolation from colleagues caused stress for 43%.

Over half saw long working hours as one of the main causes of work-related stress; of this group, almost all said they regularly worked more hours than they were contracted for, with 57% working for more than eight extra hours a week.

Many reported struggling to take a break from work – including short breaks during the day, as well as annual leave – and almost all (88%) needed to work during leave, usually or sometimes.

“Given these numbers, it’s no surprise that 64% usually or always feel fatigued during the working day,” Resolution said. “Less than 1% rarely or never feel fatigued while working…

“Inevitably, it’s impacting work, with one in three making – or nearly making – mistakes that wouldn’t have otherwise happened.

“Yet all areas of life are affected. Forty percent have seen a negative impact on their physical health, with 30% experiencing problems with family life or relationships.

“Most concerning of all, as many as 5% have experienced suicidal thoughts or self-harm during the past 12 months because of work-related pressures and stress.”

While 51% of those surveyed said they had considered leaving the profession at some point in the last three years because of concerns about their wellbeing, at the time of the survey, 26% were actively considering it.

More than a third of respondents (36%) did not see themselves working in family law in a decade because of the impact on their wellbeing.

Of those who have considered leaving the profession, almost half (45%) were at the junior end. “This highlights the significant risk of a talent drain across the sector,” Resolution said.

Though awareness of wellbeing has grown in recent years, 43% still felt uncomfortable talking to their employer or workplaces about work-related stress or pressures, 56% about their mental health, and 54% about personal problems.

The report said this reluctance was surprising given how much time professionals spend listening to clients’ personal problems.

Two-thirds of respondents said they wanted training to help them support team members experiencing wellbeing issues, and would like to see a wellbeing toolkit for employers/workplaces.

This was followed closely (60%) by a wellbeing helpline, “suggesting that many aren’t yet aware of the excellent support that LawCare provide”.

Resolution chair Juliet Harvey said: “It’s clear lockdown has taken its toll on the collective wellbeing of family justice professionals and if the profession is to recover, we need to ensure practitioner wellbeing is a top priority.

“The fact that a quarter of family professionals are actively considering leaving the sector should be of concern to everyone. If firms fail to embrace flexible working and better wellbeing support, I fear we could lose the next generation of family practitioners.”